From Daughters bar & Grill in Prior Lake, MN Renegade Wrestling Federation held an an outside card on a beautiful Saturday night. 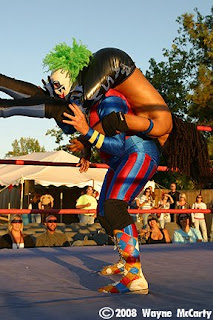 Doink the clown (not the original or even close to the original) beat Nate Bash by pin fall. 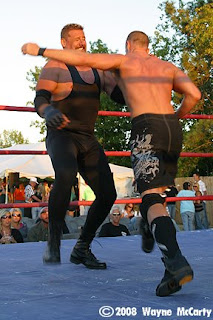 Jesse Chan beat the Brauler by DQ. Allison Wonder came out with the Brauler and gave him a club to use on Chan. Wonderland didn't do a good job of hiding the club so the ref saw it and DQ'ed the Brauler. 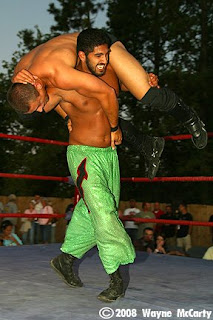 Arya Daivari w/Sheik Adnan defeated Benjamin Sailer. Daivari will have to send his magic carpet to the cleaners as some fan used it to blow his nose. 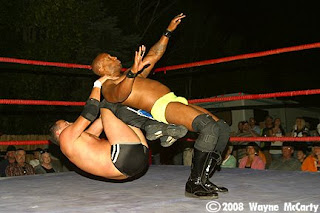 Darrel Hall beat The Black Stallion when the ref reversed his original decision when he found that Stallion had a metal chain on him. 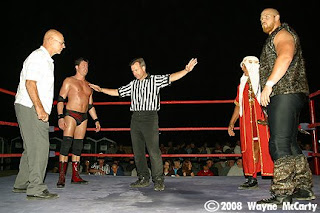 The main event saw two AWA legends in the corners of Brody Hoofer and Thoruf Marius. For the second week in a row Hoofer had Baron Von Raschke in his corner. Sheik Adnan has been managing Marius for a few promotions. The match ended when Baron put the claw on Thoruf and Hoofer then hit him with a knee to the head for the pin.
Posted by pro wrestling photog at 3:22 PM 1 comment: 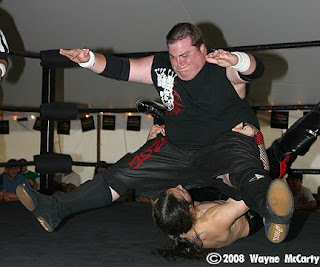 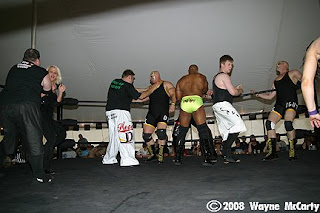 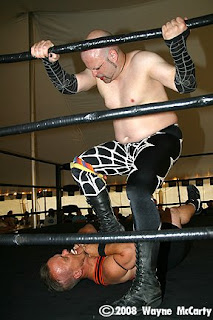 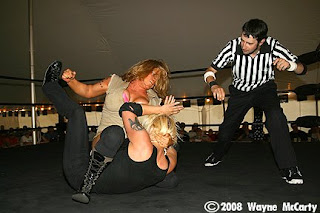 The team of O.D.B. & Daphne defeated Ann Brookstone & Arik Cannon. There were 3 more matches after intermission but I was unable to photograph those. Referree Rob Page had his hands full in this match.
Posted by pro wrestling photog at 8:19 PM No comments: 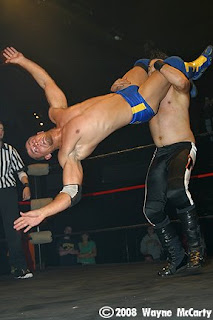 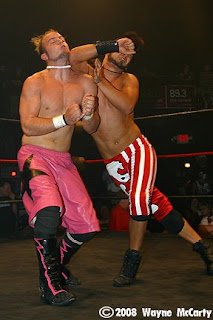 Shane Hollister defeated Kamikazie Klecker in the second match of the card. 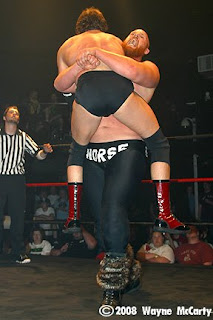 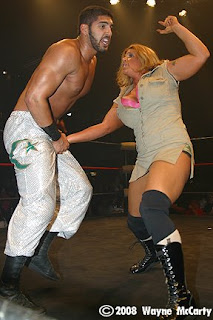 In a mixed tag team match O.D.B. & Horace the Psycopath defeated Arya Daivari & Ann Brookstone. O.D.B. pinned Daivari after she used his carpet for her own magic carpet ride. I believe that a few years ago O.D.B. beat Arya's brother Shawn for the MPW cruiser weight title. 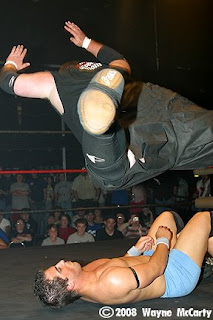 "The King of Throw Down"Venom defeated "6% Body Fat" Rob James. These two have wrestled against each other many times. 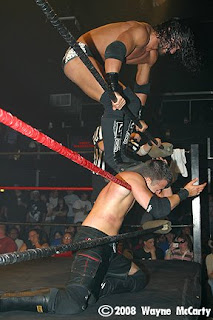 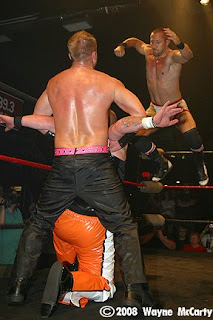 The Junk Squad beat Arik Cannon & Cody O'Neill when Pete Huge pinned Cannon. After the match O'Neill attacked Cannon and called out his old partner Aaron Corbin.
No date set yet for the next F1rst Wrestling card.
Posted by pro wrestling photog at 5:11 PM No comments:

F1rst Wrestling held their first matches outside of First Ave as they took their ring to the Van's Warped tour at the Canterbury Race track in Shakopee, MN this last Sunday. The ring was set up in front of the two main stages and a 6 foot high chain link fence surrounded the ring. The matches presented at Warped tour were mainly to help promote F1rst Wrestling and the up coming card. There were many matches though out the day but I'm only posting photos from a few of the ones that I did photograph. Wrestlers who were in matches were Arik Cannon, Darin Corbin, Ryan Cruz, Arya Daivari, Nate Bash, Benjamin Sailer, Zero Kincade, Mike Stanley, Allison Wonderland, Venom, Ryan Slade, Rob James, Jimmy Rockwell, Zach Thompson, 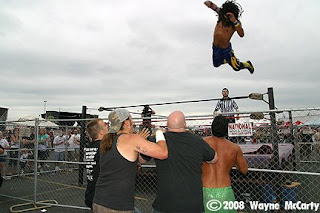 Nate Bash defeated Arya Daivari in a singles match. They went outside the cage area and fought amongst the all the emo kids. Bash went back into the ring to do a jump off the top rope and over the cage onto Daivari. 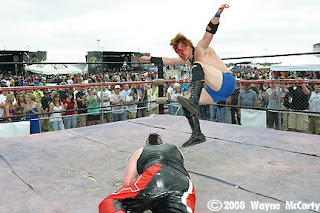 Darin Corbin beat Arik Cannon in a dog collar match. Both wrestlers got very bloody during this match. 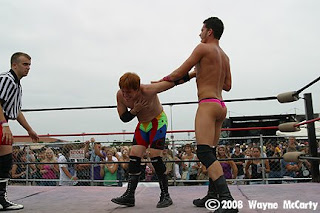 A few of the F1rst Wrestling regulars were unable to make it to on Sunday so Cannon called up a few wrestlers from 3XW. One of those wrestlers was Ryan Slade who on this day thought it would be a good idea to wrestle in a thong. I'm not sure if he really did know what a great idea it was when he decided to do it but wrestling in a thong made him some extra money that day. It turns out that a lot of young ladies at the rock n roll show like to have their photo taken with guys wearing thongs.
Posted by pro wrestling photog at 7:18 PM No comments: 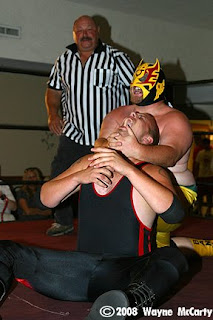 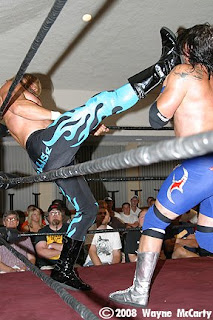 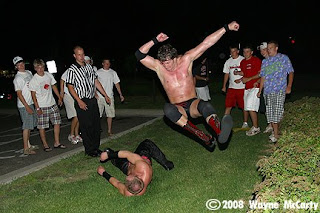 Pete Huge got his shot at the MIW title in the main event against Brody Hoofer. Before the match started Hoofer asked for the match to be a no DQ match. Ring announcer Tim Larson then made it a no DQ match for the MIW heavy weight title. This match didn't' stay in the ring long as they fought through the crowd then they took it outside. Eventully both wrestlers made it back to the ring where Hoofer hit Huge with a brain buster on a chair for the pin. It was announced that MIW would return to the Chanhassen American Legion on November 8th.
Posted by pro wrestling photog at 3:56 PM No comments: