Prime Time Wrestling had their second event this past Friday night at the Bloomington Knights of Columbus. There was a new ring announcer for this event. 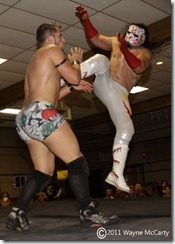 Apostle 13 defeated “6% Body Fat” Rob James in the opening match. Apostle 13 was suppose to have a rematch against Mikey Wipeout as part of the championship tournament but Wipeout was recently injured. 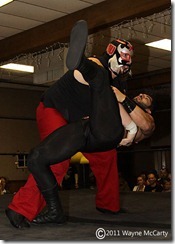 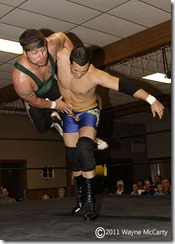 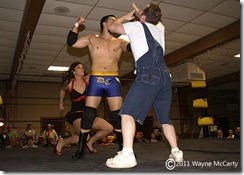 Dennis “The Menace” Michaels and Tiger Lilly came out to talk to DC after the match. I’m not sure what they were trying to say to DC as no one got on a mic. Michaels did ask to shake DC’s hand and then he kick DC in gut. Lilly hit DC in the jimmy and then she left the ring with Michaels. 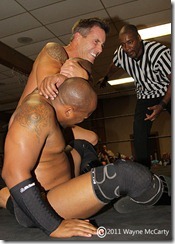 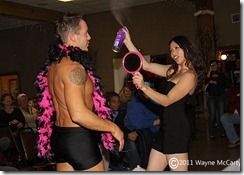 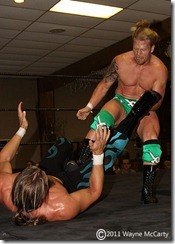 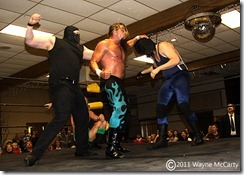 Paradise was pissed so he he was going to stomp a mud hole in Lane’s face. But before Paradise could get his boots dirty he was attacked by 7’ masked man. A few moments later another 7’ masked man came into the ring to pound on Paradise. The Rainmaker came to the ring to help Paradise but there was not much he could do against the much larger men.
Posted by pro wrestling photog at 10:37 AM