The American Wrestling Federation had a fund raiser event for the Rockford fire department at the Rockford community center this past Saturday night. To help out the RFD the AWF brought out the big gun, Bill Gunn. Rockford is the home town of AWF referee Rob Page. He was super excited to get back to ‘The Rock’. 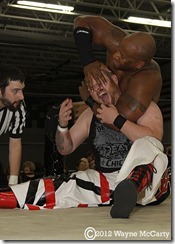 Black Stallion defeated Arik Cannon in the opining match. Stallion didn’t do it all on his own. As Stallion distracted referee Rob Page John Johnson came to the ring and hit Cannon with his finishing move. 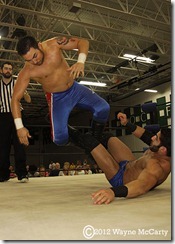 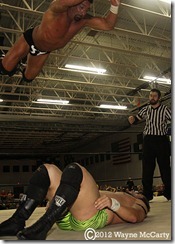 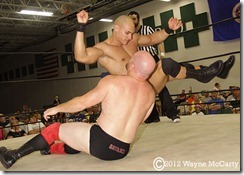 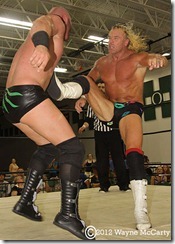 Billy Gunn pinned John Johnson after the fame asser. Black Stallion came to the ring to help Johnson. Johnny Parks then came out to even the odds and hand cuff Stallion to the ropes.
Posted by pro wrestling photog at 1:11 AM