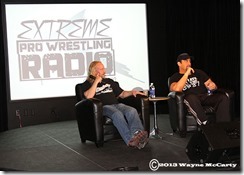 On the morning of this event Extreme Pro Wrestling Radio did a pod cast with a live audience. In the studio were guest Jerry Lynn and Tommy Dreamer. Lynn and Dreamer answered questions from EPWR host Big D and Isaac and then from the fans. You can listen to the pod cast by clicking here. 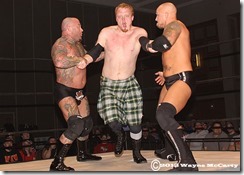 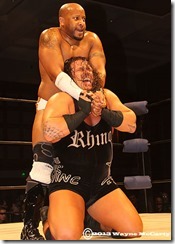 Black Stallion with manager Mago beat Rhino by count out. Mago was interfering in the match so Rhino chased him outside the ring and forgot about the 10 count. After the match Rhino speared Mago. 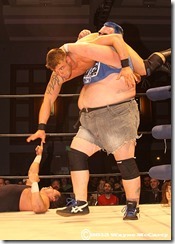 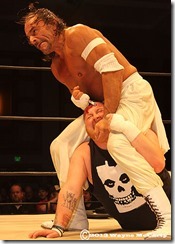 Sabu defeated Arik Cannon in an Anarky Rules match.Sabu cut Cannon open with some international object. It was 20 years ago and just a mile away from this venue when I first saw Sabu live. He wrestled the Lightning Kid (soon to be know as the 1-2-3 Kid in the WWF). 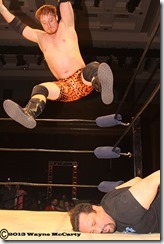 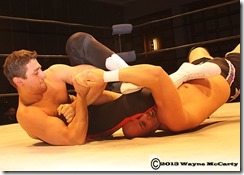 HOW champion Benjamin Sailer defeated Adam Pearce to retain the title. Pearce pulled a chain out of his boot and tried to use it on Sailer but Sailer go a hold of it and used it to win the match. The crowd was unhappy with Sailer for cheating to win. 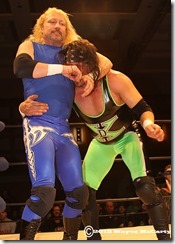 The main event was Jerry Lynn’s last match. It was a four way match against X-Pac, JB Trask and Horace the Psychopath. These 4 guys, all over the age of 40, went all out in this match. They did dives out of the ring, broke tables and dented garbage cans. Lynn got the win after he gave Horace a cradle pile driver. 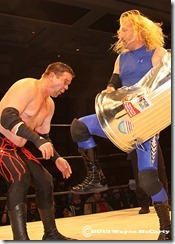 Jerry Lynn ready to put JB Trask in the can. 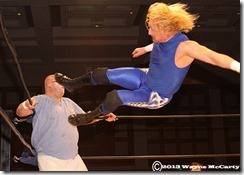 Jerry Lynn with a corner drop kick on Horace the Psychopath. 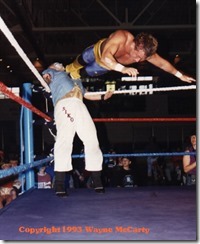 A very similar photo as the one above but from 20 years ago. 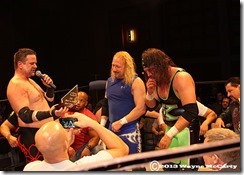 After the match all the wrestlers and HOW crew got in the ring to congratulate Lynn on his great 25 year career. JB Trask presented Lynn with a Heavy On Wrestling Hall of Fame award. This event will be available on DVD from RF Video. I've been doing this blog for over 7 years now and I thought this would be a good time to end it. So with this being Jerry Lynn's last match it will also be my last blog on here.
Posted by pro wrestling photog at 9:50 PM

What a great collection of photos that chronicle seven years of pro wrestling that many would never know about without you.

Thanks for sharing these, Wayne.

Thanks for your comment Josh. I really appriciate it. After 7 years of doing this blog I've recieved less then 70 comments. Ok, I've actually recieved more, but it was all spam.