At this event I tried something that I've never done before. I set my camera to shot all the photos in monochrome.
Scott Story defeated James Dawson in the opening match. After the match Pete Huge came out to challenge referee Darin Davis to defend the MIW TV title. Davis was the last MIW TV champion over 14 years ago. Davis was reluctant to wrestle again so Huge put his MIW heavy weight title on the line as well. Davis accepted to the match later in the night. 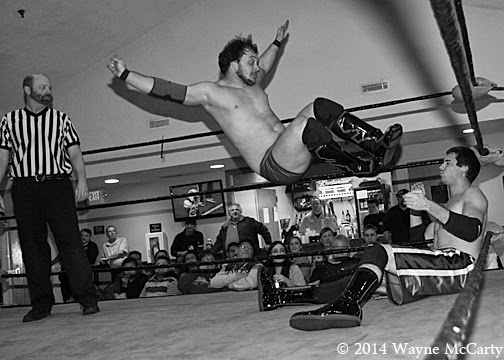 MIW rookie Rock Solid Ross made Aaron Corbin tap out. This was Corbin's first time in the ring after a leg injury last summer. 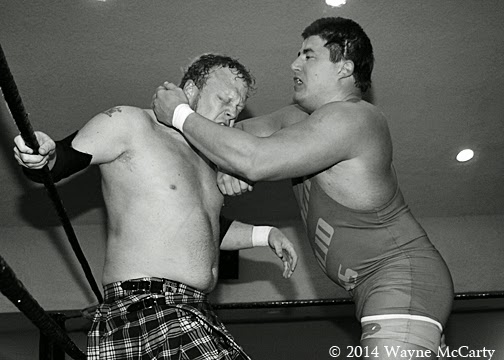 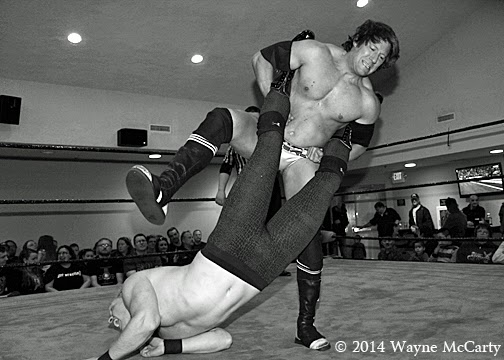 Even though JD Bandit received a huge goose egg above his right eye he still challenged Jordan to get back in the ring. 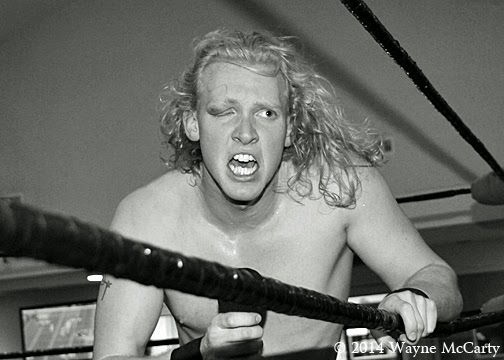 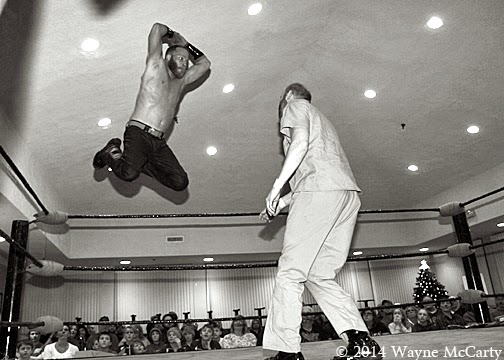 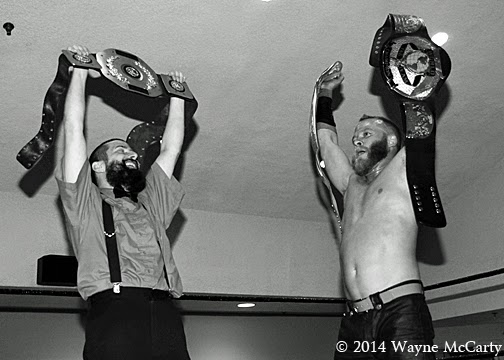 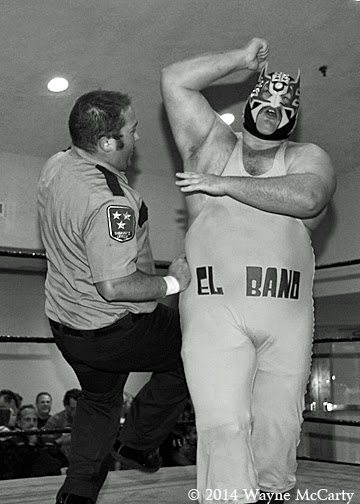 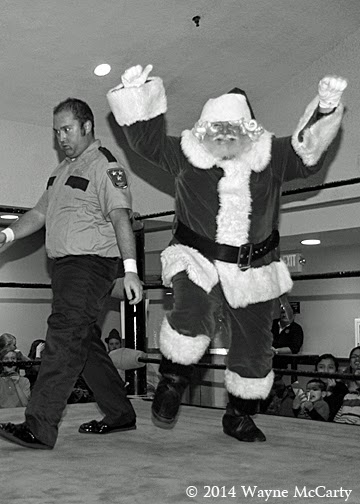 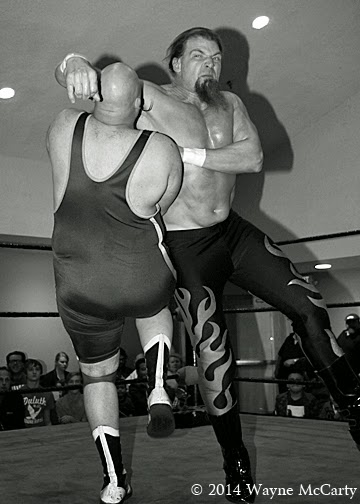 MIW returns to the Chanhassen American Legion on January 3, 2015.
Posted by pro wrestling photog at 10:38 PM