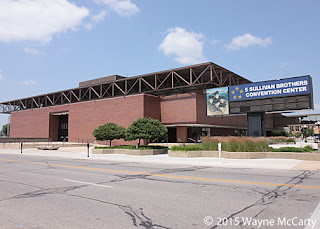 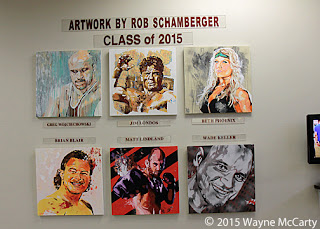 At 4 pm in the Dan Gable International Wrestling Museum Kurt Angle was presented with two rings in honor of his amateur wrestling championships. Angle was inducted into the Tragos/Thesz hall of fame a few years ago but was unable to show up in Waterloo. While at the museum Angle added his signature to the "Mat of Honor". 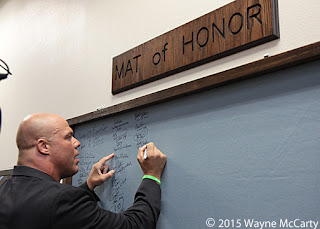 The first match of the night was the annual Lou Thesz Cup Memorial Battle Royal. 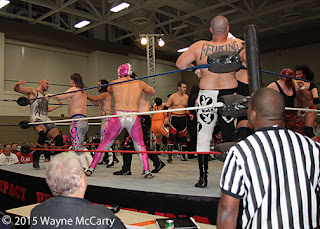 Sparrow and James Jefferies were the last two men in the battle royal. With a little help from his partner, Sparrow was able to toss Jefferies over the top rope to get the victory. 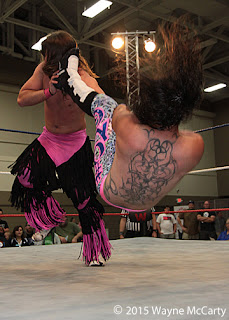 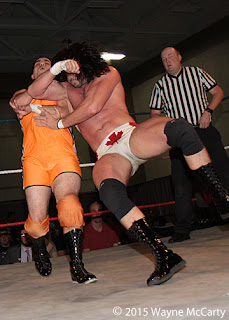 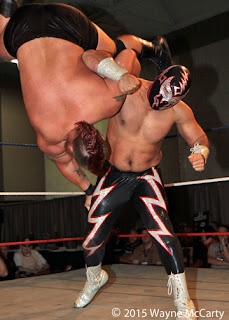 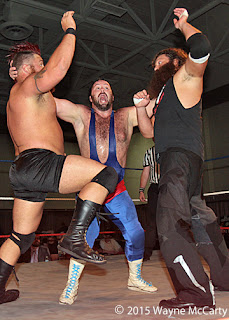 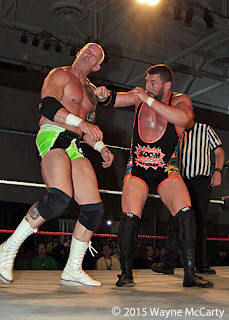 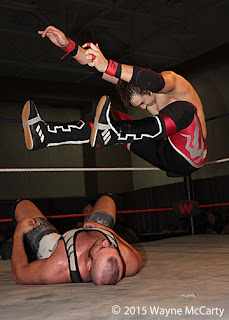 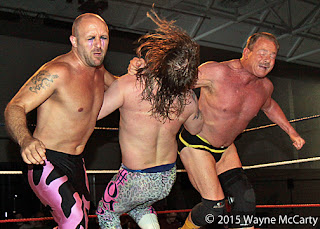 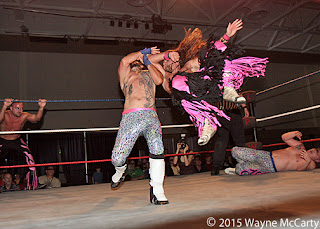 Wes Brisco defeated AJ Smooth by tap out in a legends lumberjack Match. 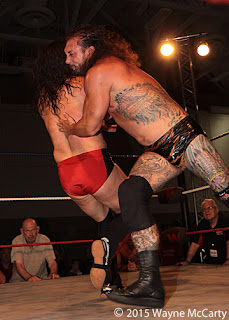 At the end of the match Wes Brisco celebrated in the ring with JJ Dillon, Jerry Brisco and Baron Von Raschke. 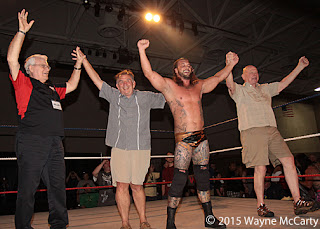 I've said it before and I'll say it again. If you are a pro wrestling fan in the Midwest you should make your way to Waterloo to check out the museum. The best time to do that is during the Hall of Fame weekend. Check out the museum's web site for info on next years event. http://nwhof.org/waterloo/
Posted by pro wrestling photog at 11:59 PM