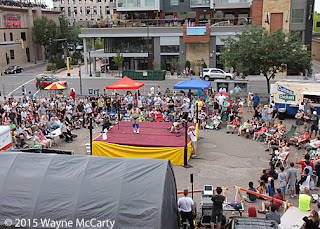 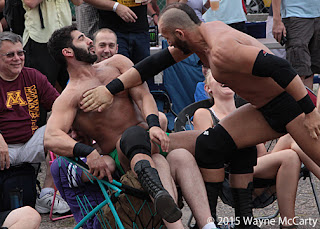 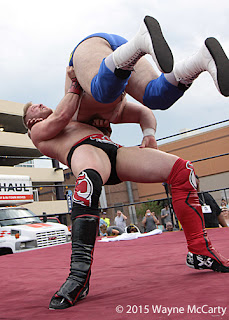 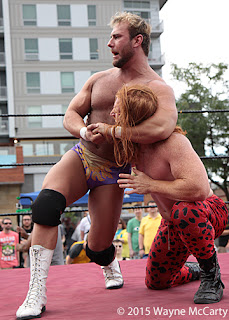 Ricky Love had to wave good bye to the fans in MN. In order to get a shot at the PTW Calhoun championship he said he would never wrestle in MN again if he lost. Sad to see Love leave the state. 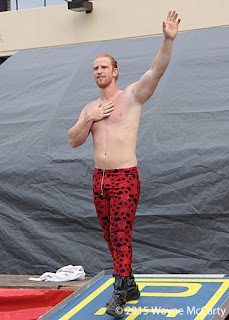 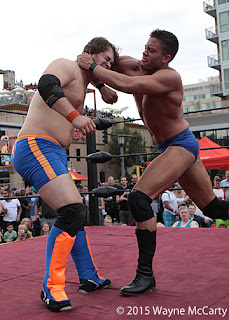 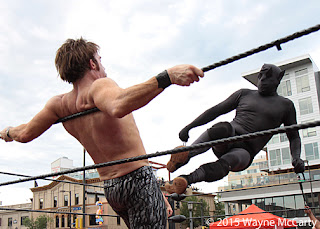 Zero Gravity (with out their masks! Brett Gakiya & CJ Esparza defeated The Estonian Farmer Frog & Wildcat to earn a shot at the PTW tag team title. 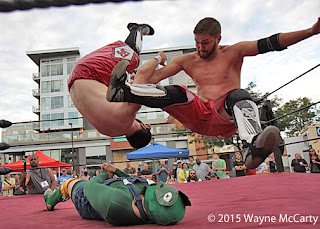