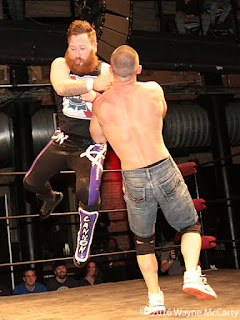 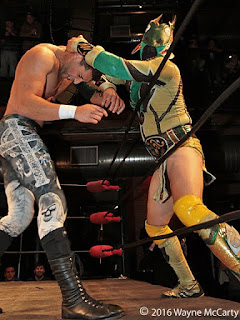 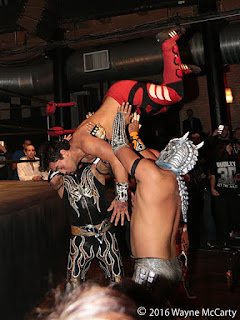 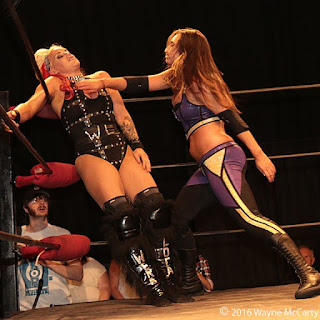 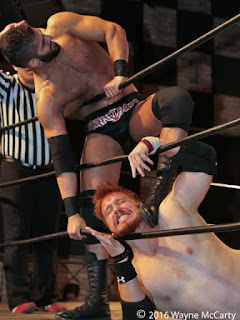 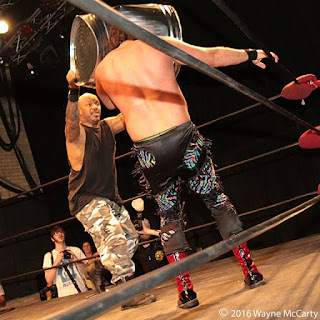 The match started off as Nick "U-Gene" Dinsmore VS Tommy Lee Curtis with manager Benjamin Stacks. Jake Cena was called out by Stacks so it was a 2 on 1. New Jack then came out to even the sides and I guess the match turned into a tornado tag match. 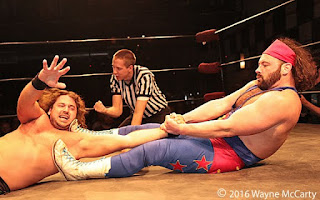