NWA Pro made it's first trip to the midwest with one show in Wisconsin on a Saturday night and then in Cottage Grove, MN on Sunday night October 15, 2006. They ran at card at the same armory that has been used by Neo Pro and NIW. The card was made up of mostly local MN wrestlers and a few from California. 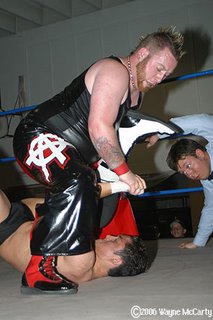 In the opening match Arik Cannon defeated T.J. Perkins. Perkins is one of the NWA Pro guys making their MN debut. 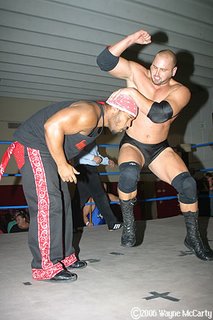 Babi Slymm defeated Karl Anderson w/Mr. Vander Pyle & Adam Pearce by DQ. The match ended when Slymm was attacked by Pearce which lead to the DQ win for Slymm. Arik Cannon ran out to help Slymm and then challenged Pearce and Anderson to a tag match later in the night. 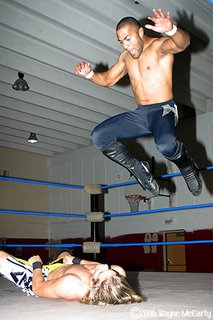 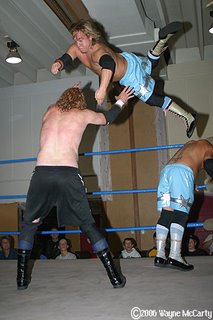 The O'Neill's got the win over Aaron Corbin & Joey Envy. This match was scheduled to be the O'Neill's VS two guys from WI but they were unable to make it to MN so they were replaced with two guys the O'Neills were very familer with. 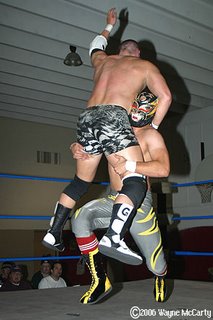 Puma beat Chris Jordan. This was Puma's first match in MN as he took on one of the top MN wrestlers. Puma won with a roll up. 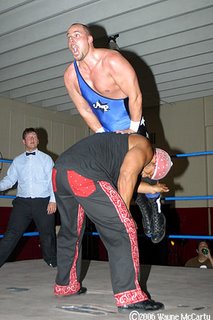