From the Waukee middle school in Waukee, Iowa 3XW presented Holiday Havoc. The event was off to a late start as the truck hauling the ring broke down so the ring crew had to rush to get the ring up. 4 of the matches on this card were first round matches in an 8 man tourney to crown a new 3XW heavy weight champion as the former champion Egotistical Fantastico is on his way to the WWE's Deep South promotion. 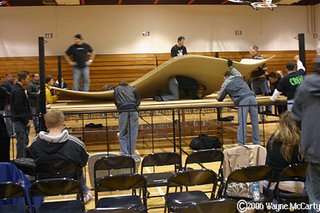 The 3XW ring crew putting the ring together. 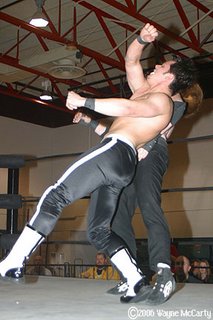 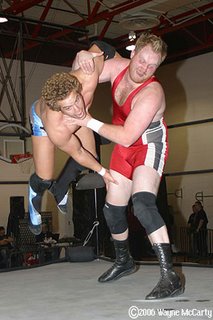 In the first tournament match of the night Devin Carter beat Tyler Cook. This was my first time seeing Cook and he kind of reminded me of Larry Sweeney but less flamboyant. 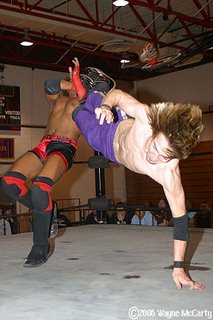 Krotch (yep his name is Krotch) pinned Bryce Benjamin with a small package. Krotch is another wrestler on the card tonight that I had not seen before but he looked pretty familiar as he reminded me of MN wrestler Kid Krazy. 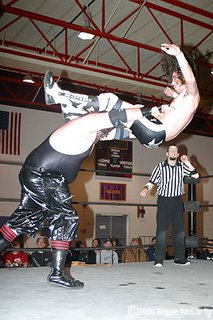 Machine beat Tristan Hayze. Here were two more wrestlers I had not seen or heard of before. 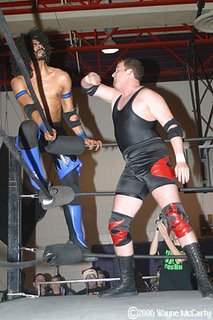 In the second tournament match of the night Gage Octane beat tag team champion Nate Bash. He did have a little help from his fellow Blue Chippers Brain Ash and Austin Bayless. 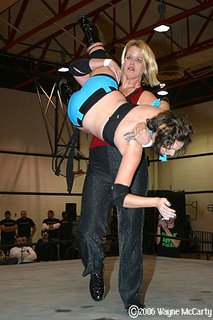 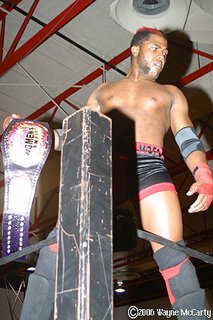 Ann Brookstone complained that the very Green Wunderland was not enough competition so out came Bryce Benjamin to challenge Brookstone for her belt. Benjamin renamed the tittle the Wo Man championship as in Whoa Man. 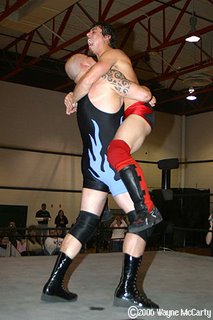 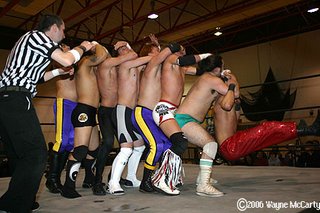 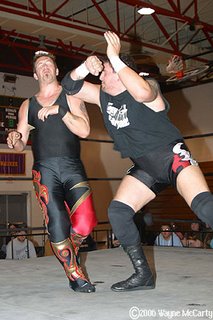 In the final match of the first round to crown the new 3XW heavyweight champion Tony Scarpone beat Jeremy Wyatt.
Posted by pro wrestling photog at 12:55 PM