Northstar Premier Wrestling had some wrestling matches at Spikes Bar and Grill in Faribault, MN. I think this was their first show in this venue. All I have to say is I hate bar shows because I hate cigarette smoke. But on the plus side the ceiling was high. 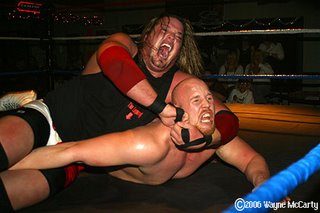 The Main Attraction James Thomas beat Thoruf Marius with his feet on the ropes. 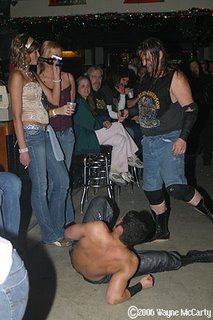 NPW Lightheavy weight champion JB Trask defeated Arya Daivari to retain the belt. Talk about your 'vet VS rookie' match this one has JB with over 3,000 matches and Arya with under 10 I believe. 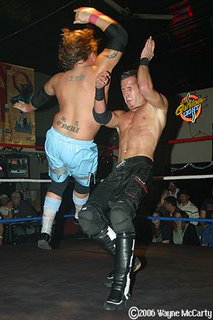 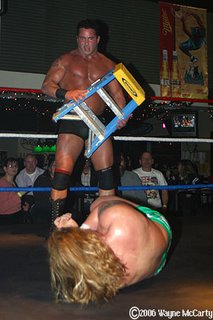 Former WCW cruiserweight champion Lenny Lane beat Tony DeNucci. I think he may or may not have cheated to get the win. 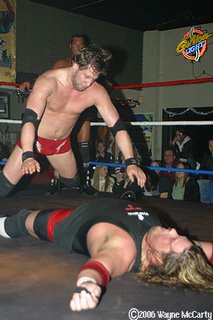