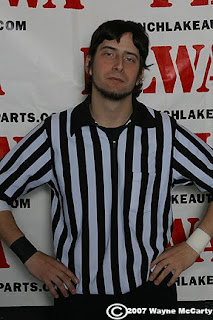 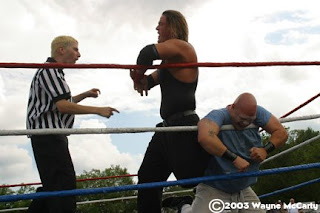 1. Who taught you how to count?Terry Fox & Eddie Sharkey. Before meeting them, I knew nothing of numbers 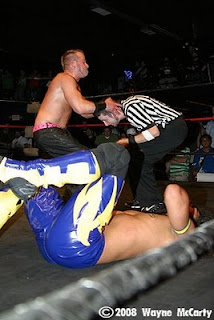 2. Why did you want to become a pro wrestling referee? Can I tell you a secret? Good! Im a small guy so after training for a while, I knew the whole wrestling thing wouldn't pan out. So I figured, Im already paying for training, I might as well try reffing. 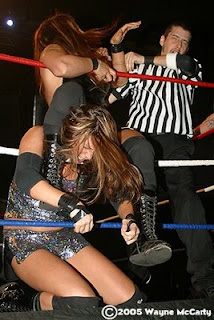 3. Who were the members of the Super Powers and the Mega Powers and which team would win if they ever wrestled each other in their prime? SUPER POWERS - Nikita Koloff & Dusty Rhodes MEGA POWERS - Hulk Hogan & Randy Savage. Jeez, now thats a tough one. It depends on where the match happened & who was booking. But in the end, when I was you, I was a Hulk-a-maniac, so I would go MEGA POWERS. 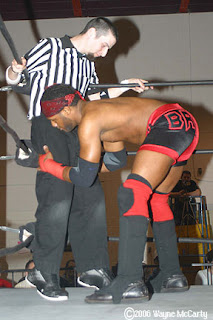 4. Have you ever seen a pro wrestling rule book? Its freaking HOOGE. Believe it or not. 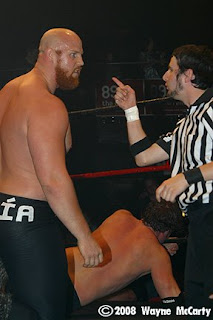 5. Are there any wrestlers who scare you in the ring? Sandman. Guy scared the crap outta me when I worked with him. Around here, its Thoruf 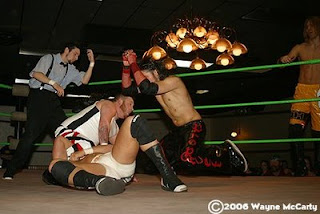 6. Do you prefer zebra stripes or a button down shirt with a bow tie? It depends on the situation. But I will say, that the button down does look good on me 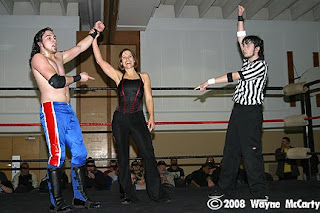 7. What has been the high point of your career so far? Its cliche, but I would say the HOW show back in November. Its the highest profile show Ive ever been on, & the biggest house Ive ever worked in front of. Second being, working with Molly Holy in her ONLY match since leaving WWE. 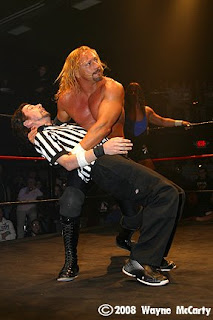 8. You ever dance with the devil in the pale moon light? Once, but then he tried to sell me some Joker Products & accused me of stealing his balloons
Posted by pro wrestling photog at 7:22 PM