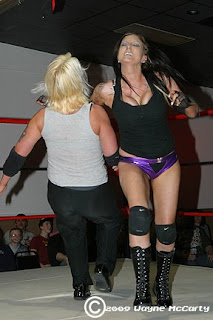 The first match of the night was a ladies match between Ann Brookstone and Allison Wonderland. These two are no strangers to each other as they have wrestled each other in singles matches and mixed tag many times. Wonderland got this win this night after she hit a G Spot on Brookstone. 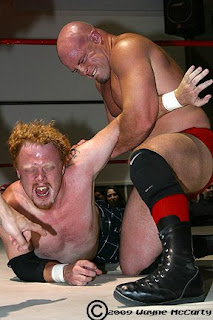 In the second match of the night Sammy Savard defeated Aaron Corbin. 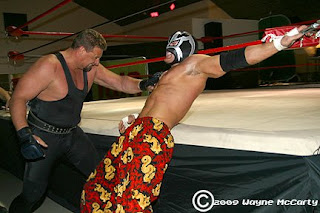 The Brauler defeated Jesse Chan. This match was the debut of Chan's new mask. Now all he needs is to replace his pajama bottoms. 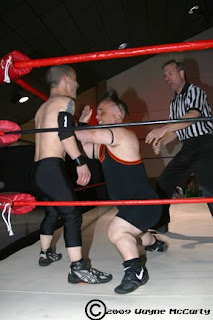 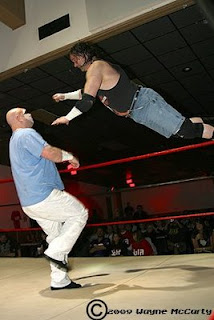 JB Trask pinned Horace the Psychopath after a super kick. Horace challenged Trask to a hard core match at IWA MN's next card at Niesons in August. 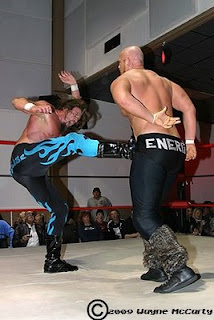 Mitch Paradise defeated Thoruf Marius & Big Punisher. I'm not sure why this was booked as a handicap match. Paradise is a big guy but both Marius and Punisher and bigger then him. Paradise got the win after some help from the Brauler. This was my first time seeing Big Punisher as I think this was his first match or second match.
Posted by pro wrestling photog at 7:01 PM

Brauler did not beat Jesse Chan--he was DQ'd for having an illegal object in the ring.