The Intercontinental Wrestling Association return to their home venue at Niesons Sports Bar in Savage, MN this past Saturday night. On this card the IWA booked a couple of new faces to the MSP area. 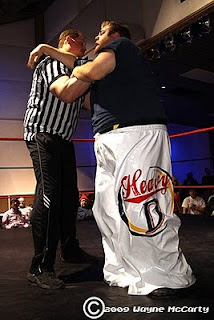 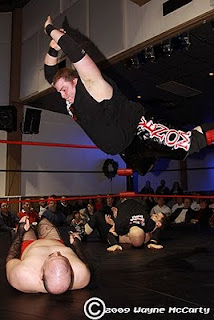 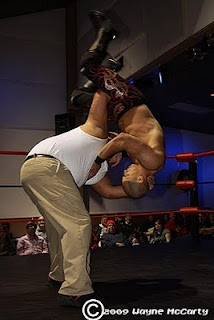 Big Loco pinned Craven Knyte in the third match of the card. 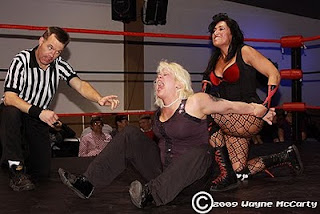 The Great Cheyenne made her IWA/Minnesota debut and defeated Ann Brookstone. 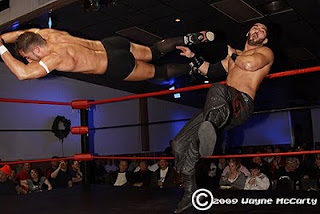 Arya Daivari was scheduled to face cpl. Julio Julio in a boot camp match but Julio was in out of action with an illness. Taking Julio's place was Rob James who came out in army fatigues. To win this boot camp match one wrestler must make the other wrestler tap out. James made Daivari tap out to the dreaded crippler cross face. 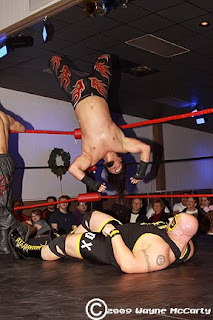 The Black Stallion & The Great Malaki defeated the Barking Spiders when Malaki pinned Ox. Stallion & Malaki had some help from Daivari. The Great Malaki mad his IWA/Minnesota debut in this match. Malaki does some stuff with fire when he enters the arena and The Great Cheyenne come to the ring with him as well as two hooded men. 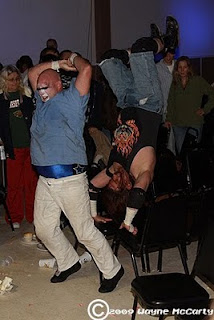 Horace The Psychopath defeated JB Trask in a hard core match for the #1 contender. Horace now gets a shot at the Braulers IWA title.
Posted by pro wrestling photog at 8:32 AM