The Intercontinental Wrestling Association held a fund raiser event at Minneapolis South High School this past Saturday night. The high school is in need of new lights for their footbal field. 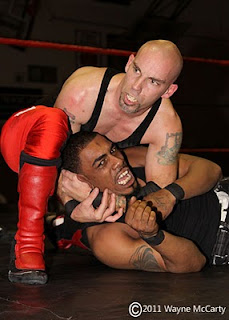 In the opening match TNT Tommy Mason w/ The Brauler defeated Mad Rocky Morris. This was my first time seeing Morris. Not sure how long Morris has been wrestling. He wore a tank top and fancy jeans and I think he may have had wresting boots. 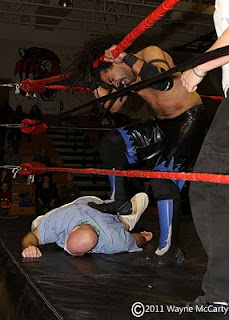 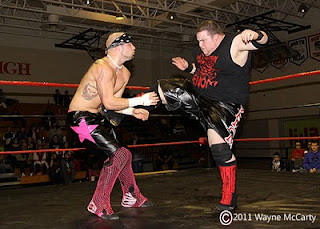 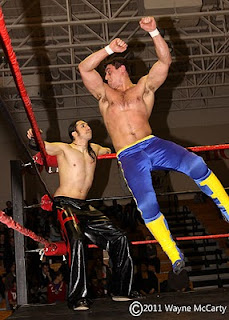 "The Professional" Benjamin Sailer defeated The Prophet by submission. 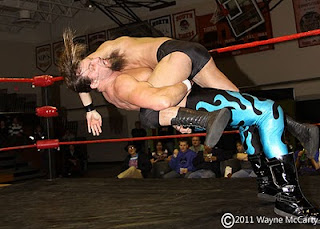 Mitch Paradise pinned Sheik Arya Daiavri after a sit out power bomb. Daivari had his magic carpet with him on this night but he missed the magic carpet ride. 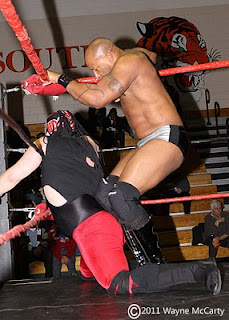 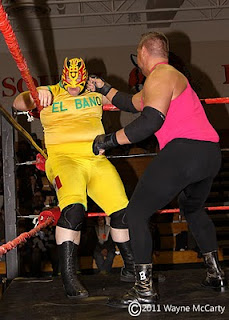 The Brauler w/ TNT Tommy Mason beat El Bano with special guest referee Mark Sanders, the Minneapolis South High School athletic director. Nate Bash came out to tell Sanders that South High School sucks. While Sanders was distracted Mason went under the ring and came out wearing a referee shirt and made the three count for the Brauler's win. I don't think that Mason has a referee license. 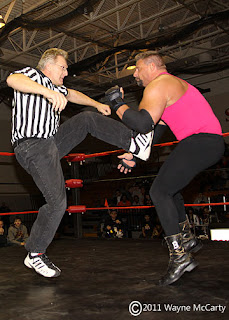 After special guest referee Mark Sanders got rid of Nate Bash he then got in the ring and tossed Mason out of the ring. Sanders then kicked The Brauler in the gut and gave him a suplex.
Posted by pro wrestling photog at 7:20 PM