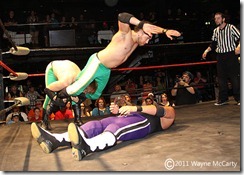 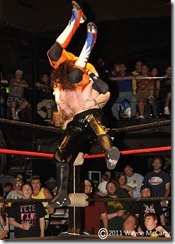 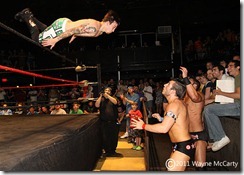 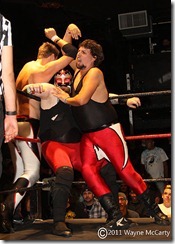 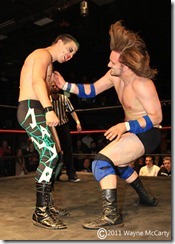 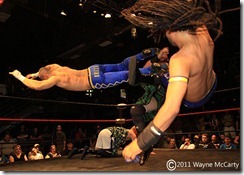 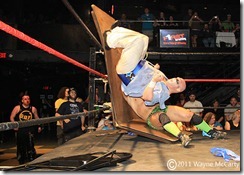 In the main event Horace the Psychopath & Arik Cannon defeated Rob James & Pete Huge in some kind of hard core match. They wrestled all over First Ave and used all kinds of weapons including some kind of sex toy that James got from a fan for his birthday. Hope I don’t have to wait another year before the next F1rst Wrestling show.
Posted by pro wrestling photog at 11:47 AM