Prime Time Wrestling presented “Black & Blue Friday” a week ago at the Knights of Columbus in Bloomington, MN. 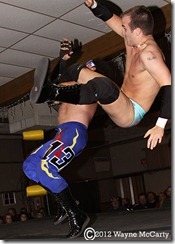 Mikey Wipeout defeated Apostle 13 in the opening match. These two have been wrestling each other the last few shows with neither one getting a win. After the match Apostle 13 attacked Wipeout and Alas De Fuego came out to make the save. This was De Fuego’s first appearance in PTW. 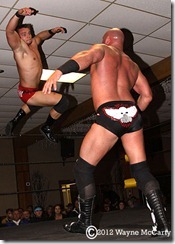 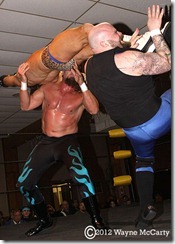 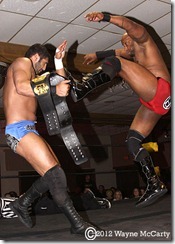 PTW champion Black Stallion retained the title when he defeated Arya Daivari. Daivari tried using the title belt and a low blow to defeat Stallion. Referee Rob Page gave the belt to Daivari after a 3 count but referee Willie Mac came out to tell Page about the cheating that Daivari did so Page restarted the match. Stallion then rolled up Daivari for the win. 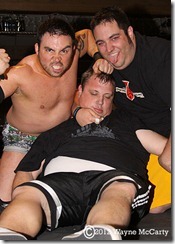