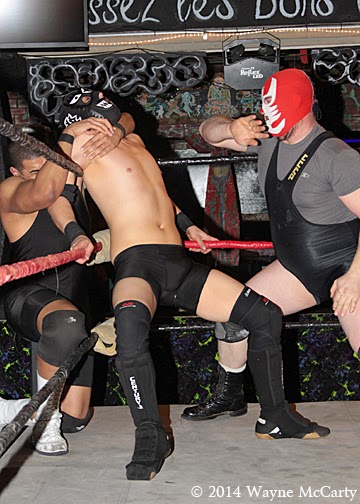 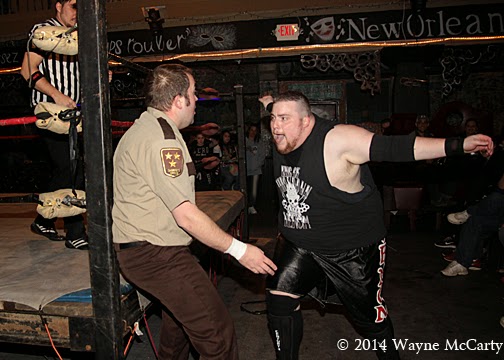 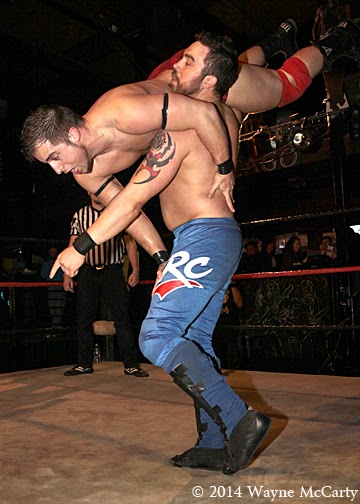 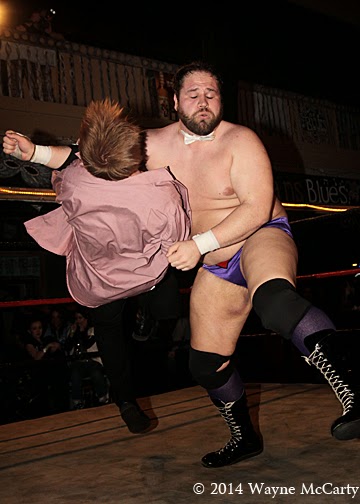 What the heck? Ref Rob Page is also a ring announcer? Last week he was a manager. Will he ever go back to being a ref? 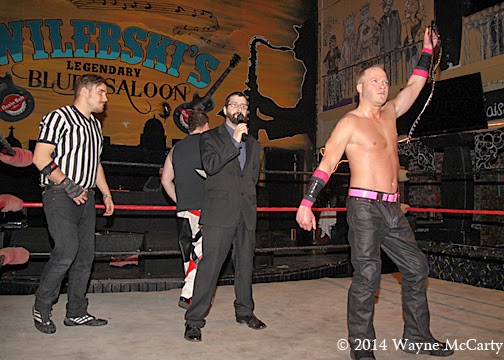 PWB champion "Playboy" Pete Huge pinned "Anarchist" Arik Cannon to retain the title. This was the first one on one match up between these two Minnesota wrestlers. Both men have been wrestling here for more then 10 years. 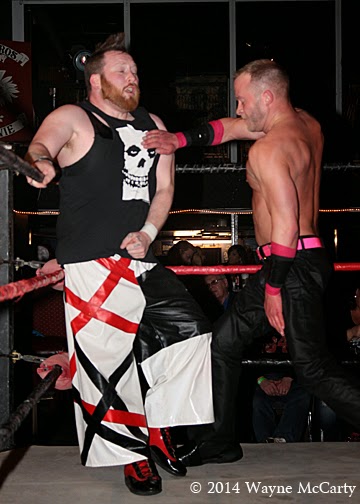