Before WWE and Target Center there was F1RST Wrestling & First Ave

On Monday night the WWE was at Target Center in Minneapolis for a RAW broadcast. The main event that night was The Shield & John Cena VS The Wyatt Family. Before Erick Rowan was part of a main event at the Target Center he used to wrestle across the street at First Ave for F1RST Wrestling. 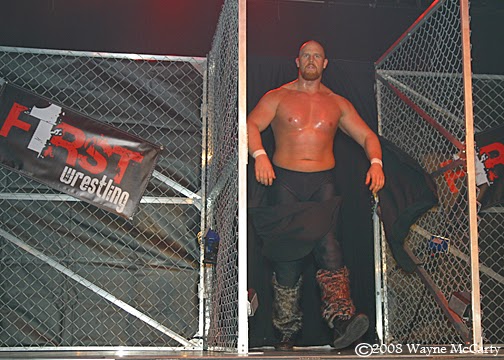 Erick Rowan, then know as Thoruf Marius,  VS Rasche Brown in 2008. 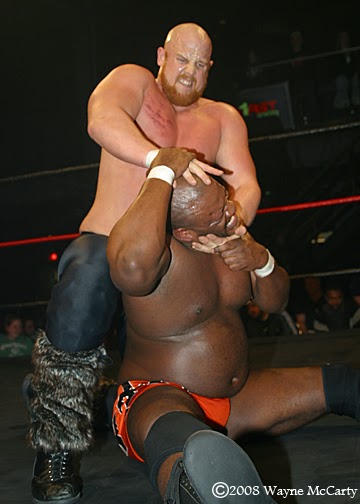 Another wrestler on RAW this Monday at Target Center was Seth Rollins. Back in 2007 he was across the street at F1RST Wrestling's first event. 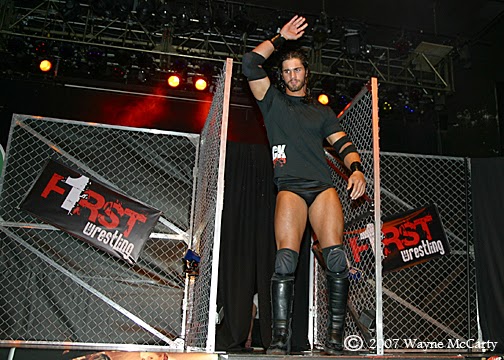 On the third F1RST Wrestling event Seth Rollins, then known as Tyler Black, was in the main event against Kid Krazy. 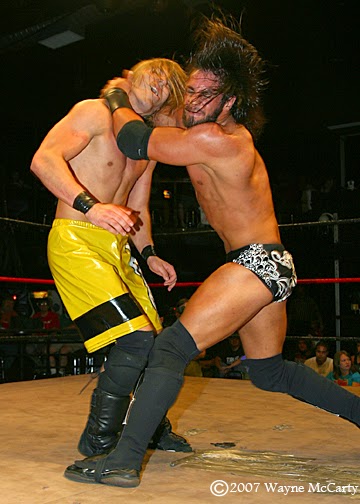 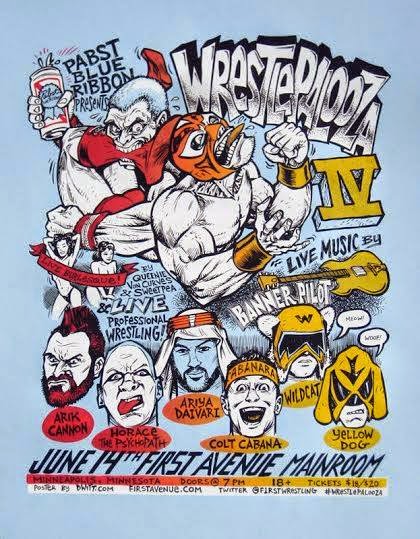 This cool poster for Wrestlepalooza IV was done by David Witt. I last wrote about Witt back in August 2009 when I went to a wrestling art show in St. Paul, MN.
Posted by pro wrestling photog at 11:05 PM