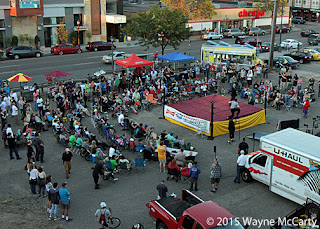 To open the last event at Calhoun Square PTW owner Greg McDonald greeted the fans. I found this photo interesting as in the crowd you can see a shirts featuring the Randy "Macho Man" Savage, John Cena and Finn Balor. 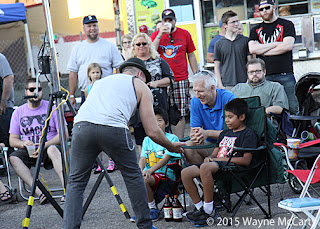 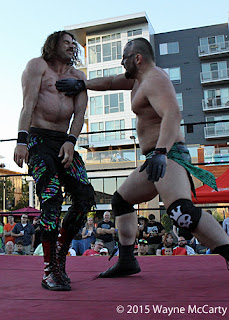 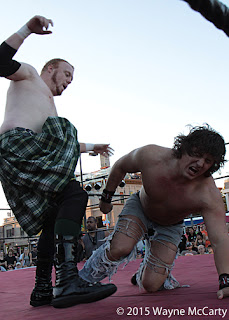 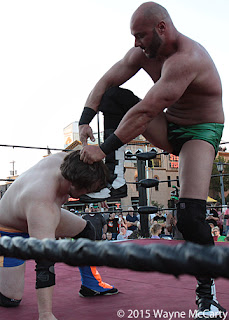 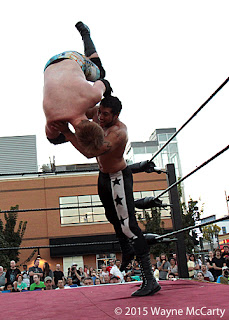 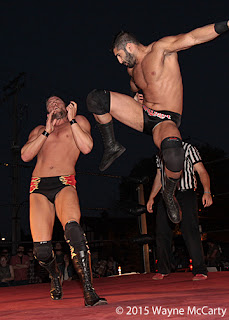 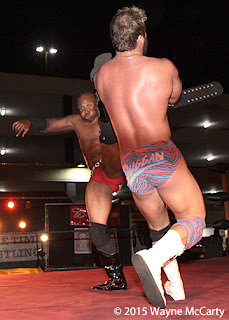 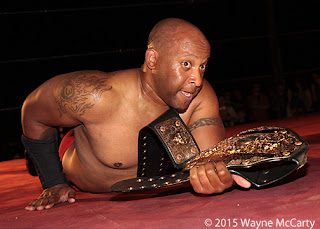 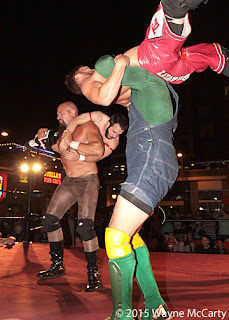 The fate of the PTW tag team titles will be announced at the next PTW event on October 30, 2015.
Posted by pro wrestling photog at 9:25 PM