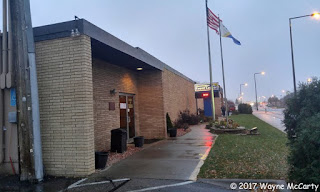 This was the second annual PTW zombie invasion. The event started off with Lore and Joseph "Stonehenge" Wayne coming to the ring and bringing out some zombies to attack a rookie wrestler. The zombies would come out more through out the night. 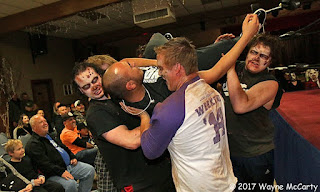 Black Stallion defeated PTW Uptown champion Darin Corbin by DQ. Corbin hit Stallion with the title belt for the DQ. Check out that old school WWF shirt on the the guy on the left of the photo. 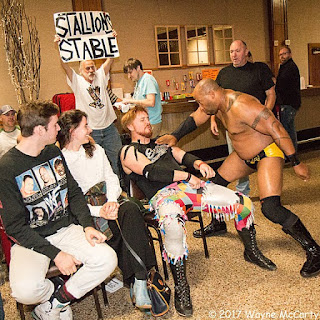 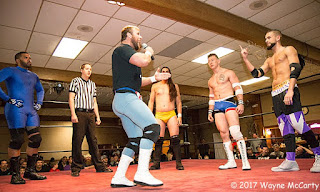 Most of the wrestlers were attacked by "Stonehenge" and his zombies. 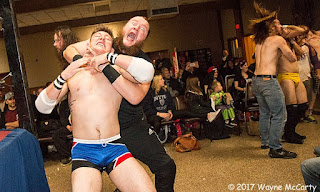 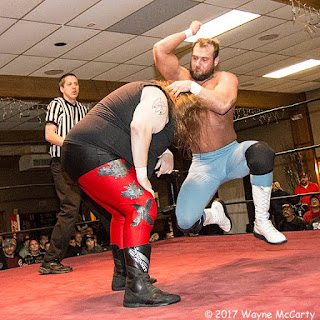 Air Wolf pinned Craven Knyte. This may have been Knyte's last match in pro wrestling. 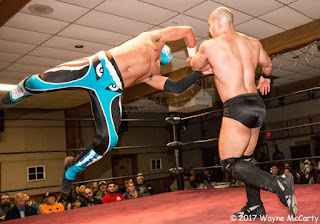 "Livewire" Johnny Parks took on a guy who who runs a karate dojo. It was suppose to be Billy Blaze that was suppose to take on the karate guy but Blaze must have been too scared to show up. Parks was attacked by the zombies. 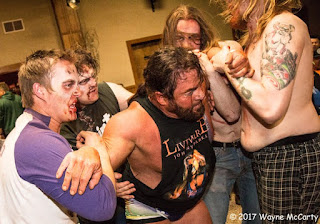 PTW champion Mitch Paradise defeated Lore to retain the title. This event was the first of 3 that I would attend over the weekend. Both of these guys would be on all three of those events. 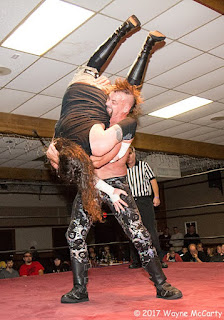 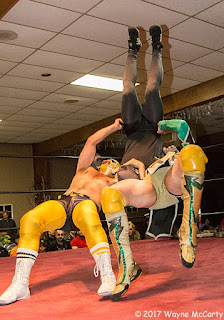 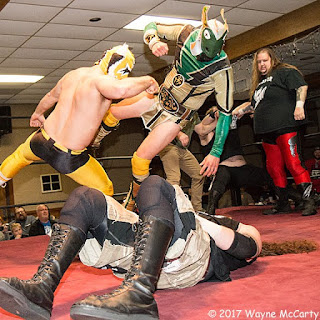