SCW is the newest independent pro wrestling promotion in the Minneapolis/St. Paul area. This is their third event at this venue but they also run events in Eau Claire, WI. A lot of the wrestlers on this card were trained at The Academy of Pro Wrestling.

In the opening match Kal Creed defeated Sterling Bond. Going by their ring gear this match was Superman VS The Joker. Going by that the crowd should have known right away that Creed/Superman would win. Superman always wins. Except when he battled Doomsday. 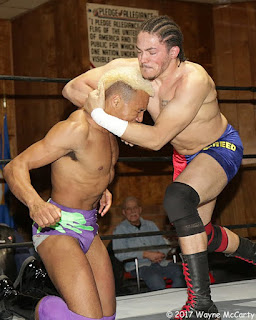 Kyle Pro & Leonard Literacy defeated JDX & Edvin Cudic. I really like JDX's nick name, "Beyond Average". It reminds me of Mike "Above Average" Sanders from WCW. I like a guy who brags about being a C+ player. 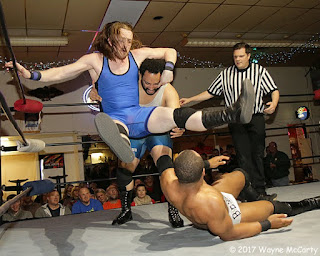 SCW Future Clash champion Ricky Noren defeated El Angel Dorado to retain the title. Oh, check it out. There is a new referee on the scene. Her name is Kara. Nice to see a female referee. 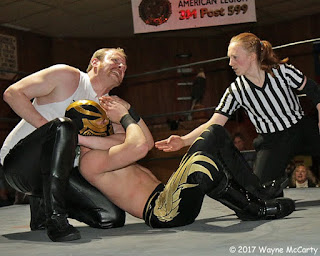 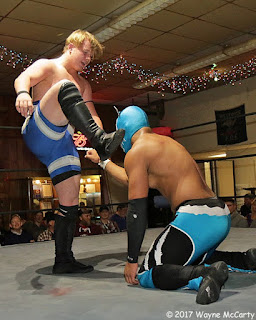 Brandon Gore has one of the best t shirts. 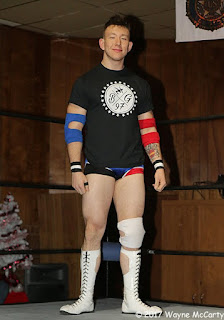 Arik Cannon pinned Brandon Gore. This was a teacher VS student match where the teacher showed the student that he still has a lot to learn. 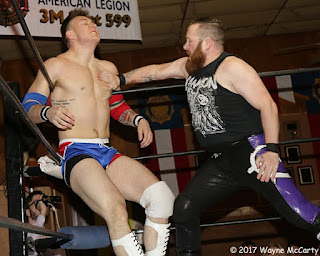 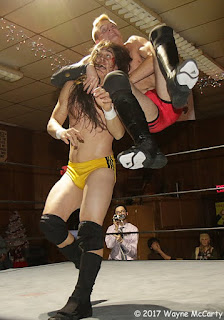 In the main event Lore defeated Kevin Lee Davidson and Darin Corbin in a 3 way dance. Or was it a triple threat? 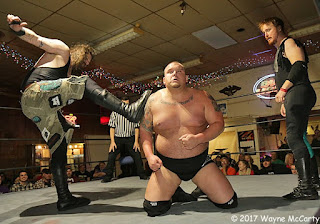 SCW returns to the Eagles Club in St. Paul on Friday January 5, 2018.
Posted by pro wrestling photog at 8:42 PM