From the Waukee Middle school in Waukee, IA 3XW had their 1 year anniversery show with special guest Nora Greenwald, aka Molly Holly. 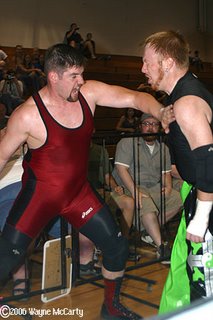 Buck Albright defeated Vin Cross. The fans at 3XW really like to do bad sounding chants as they would chant 'Buck him up'. 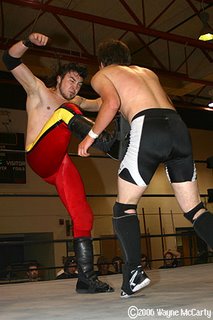 Ryan Cruz w/Darin Corbin defeated Aaron Masterson. This was my first time seeing Masterson and I believe it was just his second match as he is one of the new trainees from the 3XW training camp. 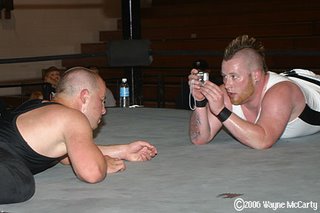 Arik Cannon beat Austin Bayless in a hair vs hair match. Cannon borrowed a camera from a fan at ringside to show Bayless what he looked like with out his hair. This was not really the most dramatic hair vs hair match as Bayless really only had a few stands of hair on the front of his head. 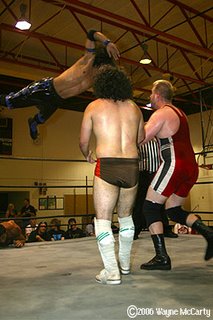 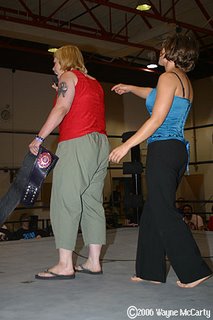 3XW womans champion Ann-Thraxx was surprised by former WWE ladies champion Nora Greenwald aka Molly Holly. Ann-Thraxx didn't stay in the ring for long once she saw Nora. I read on teh 3XW message board that some fans were surprised/disappointed that Nora did not wrestle on this night. In conversations I've had with Nora she has made it clear that she is done with wrestling in the ring. Never say never but I don't see her getting back in the ring anytime soon. 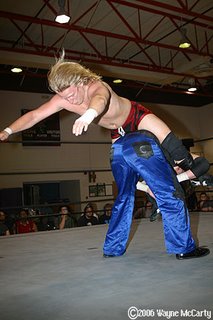 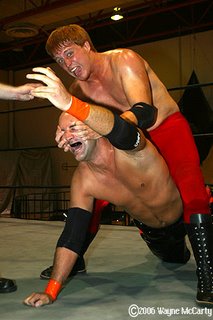 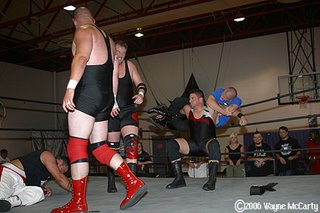