Northern Impact Wrestling finished off their first ever triple shot weekend with the finals of the Impact Invitational 16 man tournament at the Cottage Grove armory. 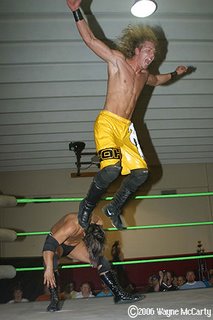 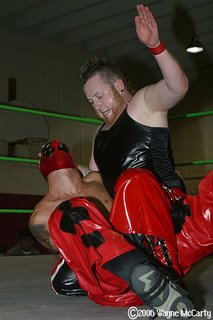 Arik Cannon beat Jigsaw to go to the next round of the tourny. 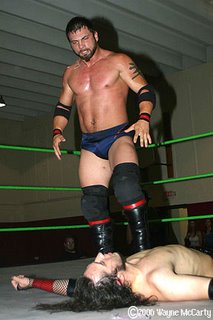 Austin Aries pinned The Prophet to move on to the next level. The Prophets NIW Impact title was not on the line. 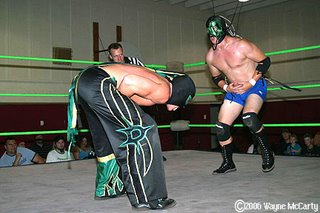 Delirious beat Darin Corbin in this second round match. In the photo here Corbin is wearing a Delirious mask that he found under the ring. Corbin must have been watching the best of Delirious dvds becuase he had Delirious down to a t. 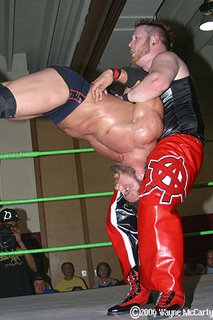 Arik Cannon beat Austin Aries for his spot in the final match. The last time these two wrestled each other was when Cannon was the IWA MS champion and after a lariet from Aries he broke his coller bone. 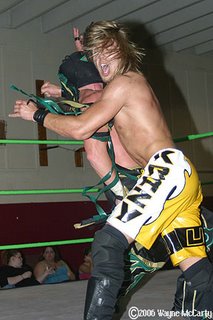 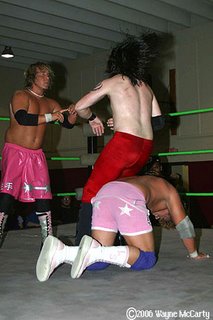 In a classic surviver match Ryan Cruz was the final to win the match and Larry Sweeneys Tex-Arkana tv title but he quickly lost it as Cody O'Neill helped Sweeney roll Cruz up and leave the tourny with his belt. 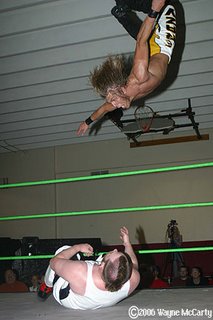 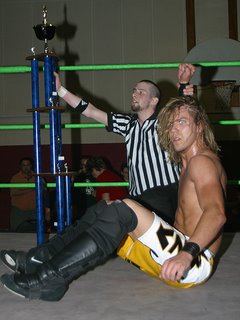 Man! look at the size of that trophy! It's over 5 feet tall.
Posted by pro wrestling photog at 12:53 PM