The first night of the Northern Impact Wrestling Impact Invitational 16 man tournament took place at the Northstar Event Center in Amery, WI. There would be 8 first round matches and one womans match. NIW picked 8 of the best young wrestlers from Minnesota and 8 of the top indy wrestlers from outside of MN. 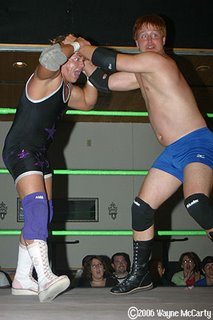 The first match of the tournament was between Darin Corbin and 'Sweet N Sour' Larry Sweeney. At first Sweeney got on the mic and told the crowd that his Tex-Arkana tv title was not on the line but Corbin said he would put his scrolling message belt on the line and Sweeney agreed to make it a belt for belt match. Corbin walked away from the ring with both belts and advances in the tourny. 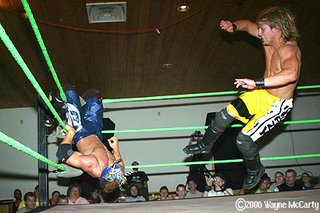 The second match of the tournament was between Kid Krazy and Egotistical Fantastico. In what some called the match of the night Kid Krazy got the win after giving Ego his world of pain. 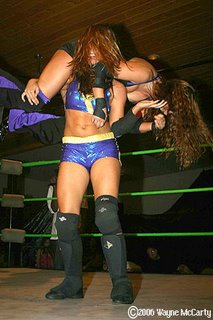 Lacey beat Rain with a little help from the ring rope. 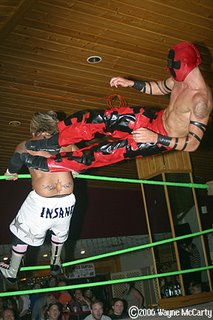 Bact to the tourny, Cody O'Niell took on Jigsaw. O'Neill is one of the top cruiser weights in MN but he wasn't able to beat on of the top wrestelrs from the Chikara wrestle factory, Jigsaw. 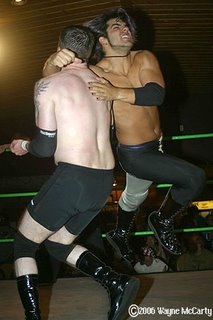 Al B.C. put the NIW Undisputed championship on the line in his first match of the tournament against Jimmy Jacobs. These two first wrestled each other back in October 2005 when Al made a challenge to Jimmy for him to take a shot at his title. Al won that match with the help of his belt. The outcome was different this time as Jimmy put Al down for the pin and took the title. 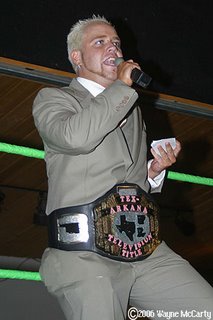 Ring announcer Joey Eastman with the Tex-Arkana Television title he won earlier in the night. 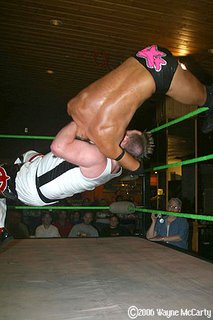 Arik Cannon wrestled Ash in a frist round match. It was a battle of the mohawks but it turned out that Cannon had the best mohawk on this night and he made his way to the second round of the tourny. 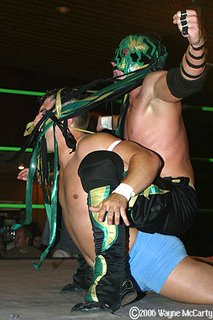 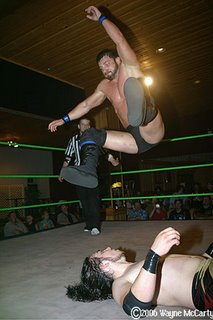 Ryan Cruz wrestled Austin Ariers in the second to last match of the night. Cruz took it to the TNA wrestler but fell short in the end as Aries advanced in the tourney. 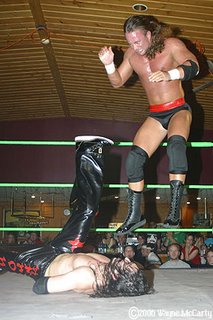 In the main event and final first round match the NIW Impact champion The Prophet wrestled B.J. Whitmer. In a big upset The Prophet beat the much larger Whitmer after a top rope message.
Posted by pro wrestling photog at 8:34 PM