From First Ave night club in Minneapolis, MN Midwest Pro Wrestling Academy held their monthly card that showcases their newest trainees. There were two special guest on this Tuesday night as Nora "Molly Holly" Greenwald and Tina "Ivory" Moretti made this the first stop on their 'Wedding Tour Wrestling Road Trip' on their way to Trish Stratus's wedding in Toronto. 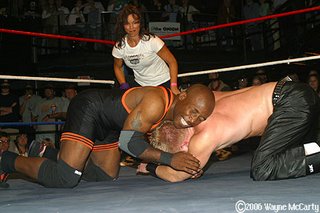 Tina was the special guest referee for a match between Lorenzo Conners and 'Playboy' Pete Huge. Lisa ended up getting knocked out when she got in between Huge and Conners. As Conners made a pin Tina's road trip partner Nora came out to make the 3 count. 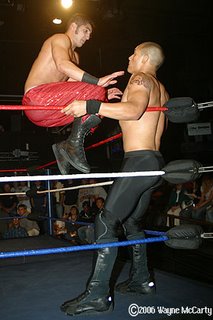 Arya Daivari made his debut in a match against Craven Knyte. Arya is the younger brother of wwe manager Daivari. Arya got the win. 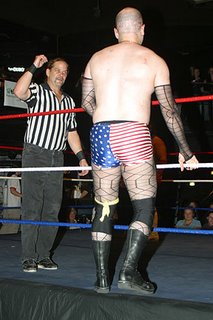 Spiderbaby lost to Apostle 13 with JB Trask as the referee.
Posted by pro wrestling photog at 2:54 PM