Northstar Premier Wrestling held their first big card at the West St. Paul Armory. NPW came about from the old Neo Pro as the co-owners of Neo Pro went their seperate ways. 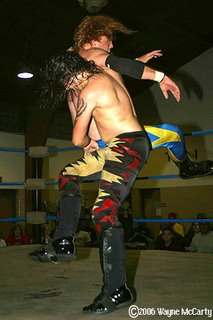 The card started out with Aaron Corbin vs Ryan Cruz. The fans were a bit surpised to see Cruz come out of the back as he mainly wrestled for NIW and this was his first time in NPW/Neo Pro in many months. Cruz picked up the win in this match with a roll up. 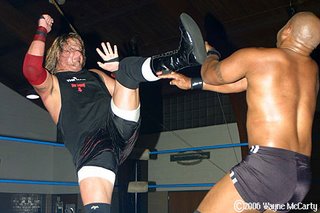 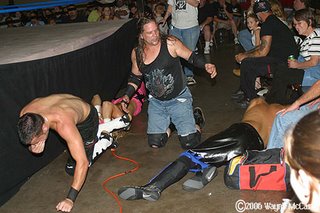 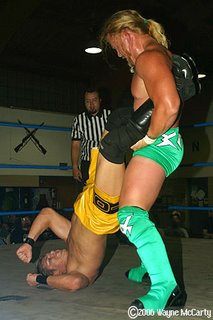 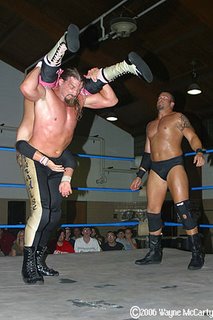 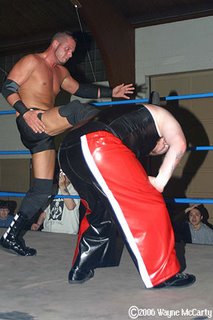 The main event of the night was a match that has been month in the making. Neo Pro/NPW's John Johnson challenged NIW's Arik Cannon to a match. Both these wrestlers started in the old MPW but never faced each other one on one untill this night. Johnson got the win on this night but only after he got help from the NIW C.E. O. who is seen in the photo on the bottom right.
Posted by pro wrestling photog at 6:01 PM