On Sunday September 6th Dragon Gate USA presented "Open the Untouchable Gate" at the Congress theatre in Chicago, IL. This was their second event and it was taped for PPV that will be available in November. 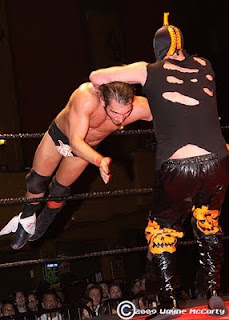 The fans in the first few rows were treated to a special match called 'The Fray'. The Fray started with two wrestlers then another one entered the Fray after a set amount of time. Wrestlers were eliminated by pin fall or submission. The 8 wrestlers in the Fray were Johnny Gargano, Hallowicked, Louis London, Shiima Xion, Arik Cannon, Mustafa Ali, Great Malaki and Flip Kendrick. Grangano won the match when he pinned Hallowicked. 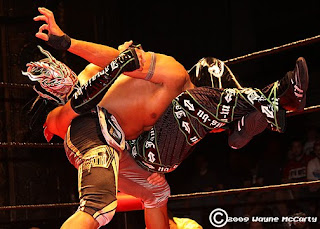 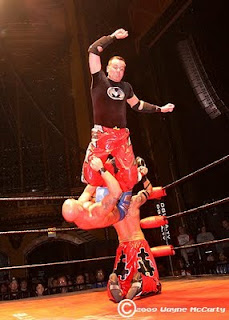 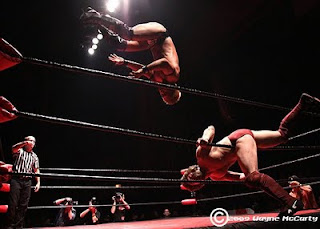 Dragon Gate Open the Dream Gate champion Naruki Doi retained his title when he beat "American Dragon" Bryan Danielson. For the fist time I actually saw an announcer say "And now for a man who needs no introduction..." and then no introduction was give. Danielson just walk out of the entrance with no music. 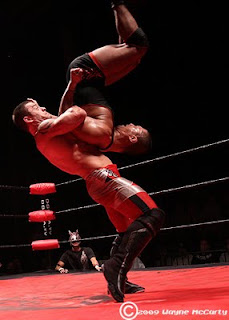 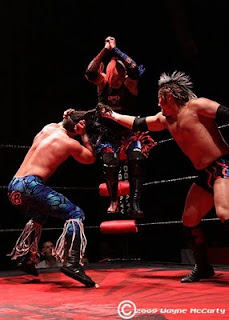