For the first time in a long I was able to make it to two wrestling events on Saturday night September 26. After the F1rst Wrestling card was over I headed north to Roberts sports bar in Mounds View, MN for Minnesota Independent Wrestling. I got to Roberts during the first match after intermission so I was only able to photograph the last 3 matches. 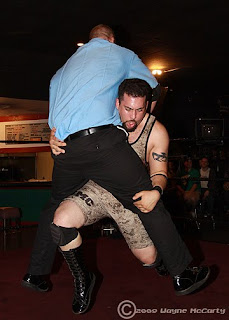 In the battle of the MIW rookies CPL Julio Julio defeated "The Law" Mark Barker. 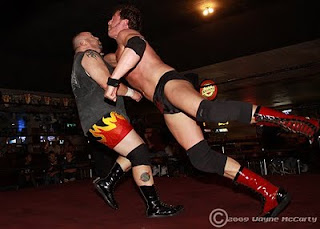 The MIW heavy weight champion Brody Hoofer retained his title by beating Jeff Bennett. This was my first time seeing Bennett and his first time in an MIW ring. 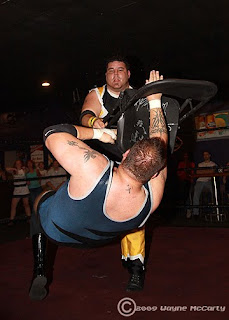