Northwoods Pro Wrestling, in association with Minnesota Independent Wrestling returned to the L.C.O. casino in Hayward, WI. I almost didn't make it to the event as my co pilot got us lost and my car got stuck while trying to turn around. Luckily a very nice man stopped to help us out. There were a few wrestlers/valets on this card that I had never seen before. 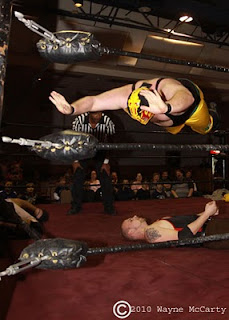 El Bano defeated "The Law" Mark Barker and Gunner Clash in a three way. Mitch Paradise came out and tossed all three from the ring and cut a promo in the ring to set up his match with Daryl Hall. 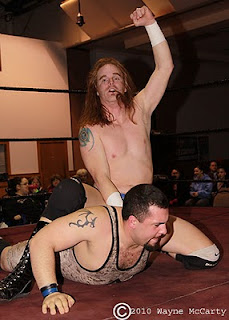 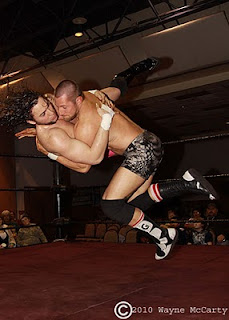 "Genuine Article" Chris Jordan defeated AJ Smooth w/ Ferreh Lee by DQ when "Playboy" Pete Huge helped Smooth. As both Huge & Smooth were beating on Jordan, Horace the psychopath came out to even the sides. Jordan then asked for a tag team match with Horace against Huge & Smooth. 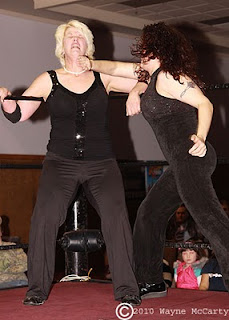 Ann Brookstone vs Mystique ended in a no contest when Ferreh Lee, Kiandra and Allison Wonderland got involved in the match. 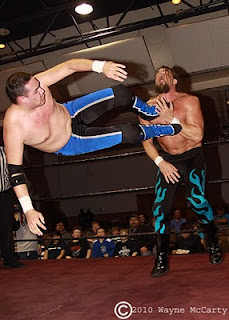 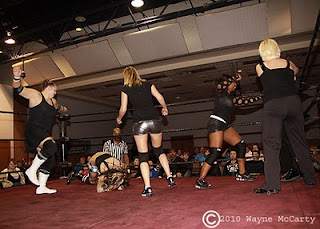 Allison Wonderland won the Queen of the Northwoods Diva Royal when she pushed Ann Brookstone over the top rope. Others eliminated before Brookstone were Mystique, Stacey Shadows, Ferreh Lee and Kiandra. 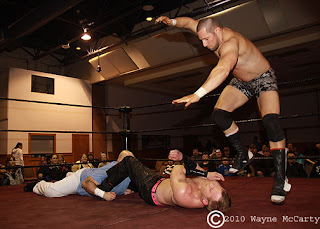