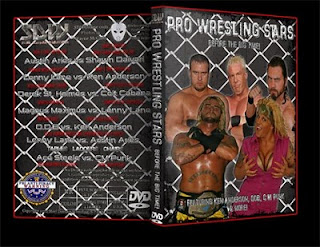 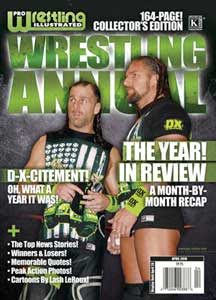 And speaking of photos on the cover...I got the photo cover of Pro Wrestling Illustrated Wrestling Annual. I took the photo of Shawn Michaels & Triple H at the Rochester, MN RAW house show last month.
Posted by pro wrestling photog at 4:59 PM

Congrats on your photo making the cover! i'm upset that I don't have my own category though :P

Thanks Ricky. Sorry you were not tagged in any of the photos to get your ouwn category. But if you can go back through all the photos and find one that you are in I'll tag you.