For the second Saturday in a row Pro Wrestling America had one of their annual shows. This week it was at Kaposia Days in South St. Paul, MN in the VFW parking lot. Once again it was a beautiful day for outdoor wrestling. 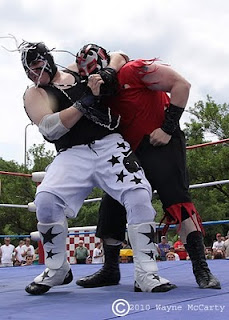 In the opening match Contrast defeated Udo in the battle of the masked men. 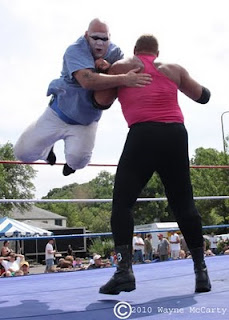 Horace the Psychopath defeated The Brauler in the second match. 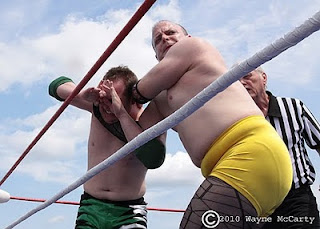 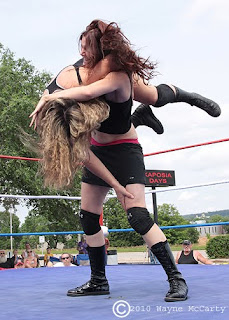 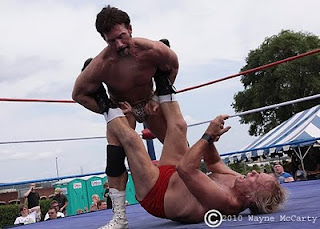 Billy Blaze pinned Buck "Rock N Roll" Zumhofe with some help from Lenny Lane. After the match Zumhofe challenged Lane to a weasel suit match at an up coming show. Zumhofe first had his weasel suit match against Bobby "The Brain/Weasel" Heenan probably over 20 years ago. 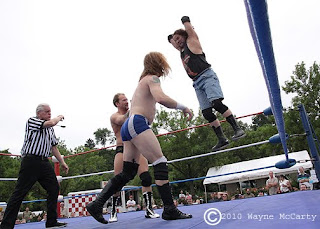 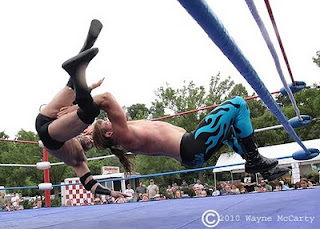 PWA champion Mitch Paradise w/ The Professor retained his belt when he beat Arya Daivari. This was a switch from last weeks card as Paradise was the bad guy and Daivari was the good guy. I think this was the first time I've ever seen Daivari getting cheers from the fans.
Posted by pro wrestling photog at 5:22 PM