This past Saturday night French Lake Wrestling Association was one of the attractions for South Haven Day. There was a little rain just before bell time but it stayed away for the rest of the night. 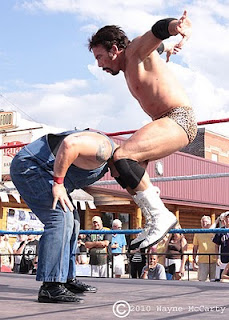 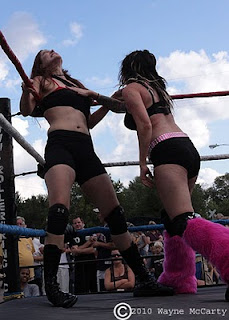 In a special attraction ladies match Allison Wonderland defeated Mystik Sexton with a manager who's name I forgot. I think it might have been Vanesa. 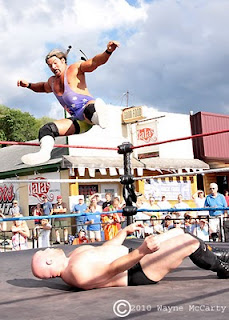 In tag team action Johnny Parks & Brody Hoofer won by DQ over Sammy Savard & High Roller STX w/ Mago. The DQ came when Mitch Paradise came out to attack Hoofer & Parks. During this 3 on 2 beat down the ring broke. Former WWE superstar Rikishi came out to even the sides at 3 and he asked FLWA acting commishener Heavy D to make the main event a 6 man tag. Heavy D said it would happen. 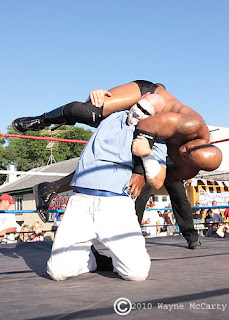 Horace the Psychopath defeated Chadwick Wentworth III (The Black Stallion) to become the new FLWA champion. At some point this match became a hard core match and a golf club, lawn chair, hammer and garbage can were used. 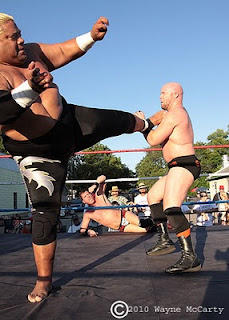