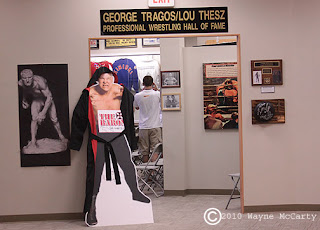 On Saturday July 10, 2010 The Dan Gable International Wrestling Institute and Museum inducted 5 wrestlers into the George Tragos/Lou Thesz Hall of Fame. The museum in located in downtown Waterloo, Iowa and they had their first class of Hall of Fame members inducted in 1999. The majority of the museum is dedicated to armature wrestling but one of the rooms is filled with some of the most interesting items from pro wrestling past. On display are many ring jackets including some worn by Larry Hennig, Mr Wrestling and Bret Hart as well as title belts worn by Ted DiBiase and Lou Thesz.

The class of 2010 included Terry Funk, Paul Vachon, Warren Bockwinkel, George Gordienko and Stanislaus Zbyszko. Funk and Vachon were present to accept their HoF plaques at the ceremony. 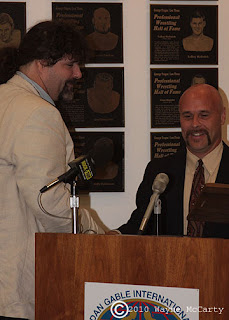 Mick Foley received the Frank Gotch award from Kent Sesker of the museum. 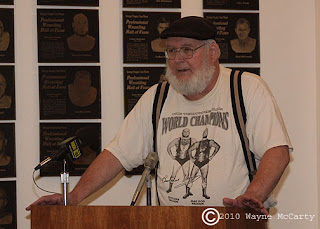 J Michael Kenyon received the Jim Melby award for excellence in pro wrestling journalism. He was presented the award by melby's daughter. 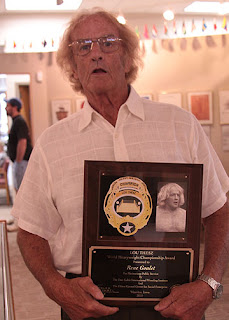 Rene Goulet received the Lou Thesz award for his charity work. Thesz's widow Charlie was there to present the award to Goulet. 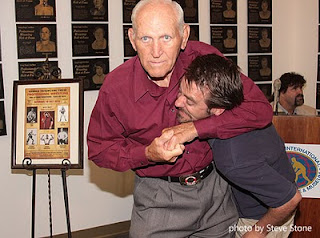 Danny Hodge was at this years ceremony to accept Warren Bockwinkel's HoF award as Bockwinkel's son Nick was unable to attend. If you have the chance to meet the man that Jim Ross says is the best pro wrestler alive do not ask him to put you in a headlock. He may be almost 80 years old but he still knows how to make it hurt.
Posted by pro wrestling photog at 11:10 AM