The American Wrestling Federation was at the Grantsburg, Wisconsin high school this past Saturday night. The AWF TV show Saturday Night Slam is now on Channel 45 at 11pm. You can also see the show on the AWF website which is linked above. I don't believe that these matches were tape for the show. 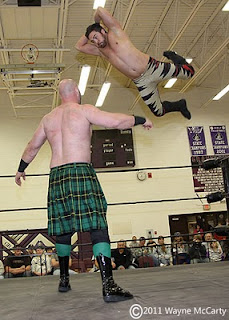 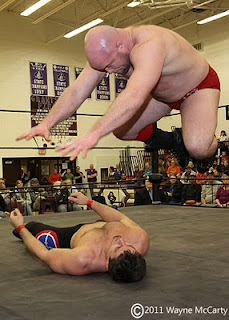 Sammy Savard defeated Benjamin Sailer. Here's an interesting side note. Sailer really recommends the movie Black Swan. Not only because Natalie Portman is really hot but also because he is a big fan of ballet. 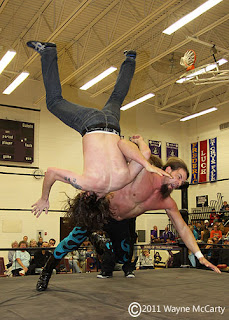 Mitch Paradise came to the ring and said that he had no opponent for the night because he's already defeated everyone that was in the locker room. So Paradise challenged a fan to get in the ring. One fan took Paradise up on that challenge and got the crap beat out of him. 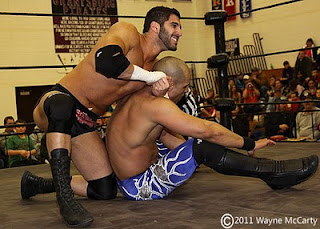 The AWF heavy weight champion Arya Daivari defeated Craven Knyte. Daivari did not put his title on the line in this match as he thought that the fans in Grantsburg did not deserve to see a title match. 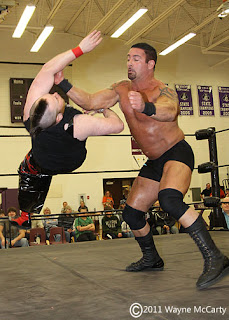 In the main event for the night Tony DeNucci defeated Arik Cannon. The special guest referee for the match was the high schools principal. I think this may have been the first time that DeNucci and Cannon have been in the ring against each other.
Posted by pro wrestling photog at 9:27 PM