As part of the Spring Lake Park Tower Days festival Minnesota Independent Wrestling put on some wrestling matches under a tent. Normally I really like wrestling matches outdoors but not when the temperature is in the 50's in the month of June. Being that this was a work night for me I was not able to still till the end so I did not photograph the last two matches. 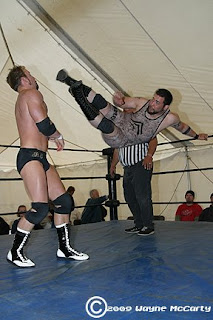 In the opening match Cpl Julio Julio defeated Rob Ivy. This was the first time I've seen Ivy in the ring since about 2006. Even though Julio had his nose broke in this match he still came out on top. 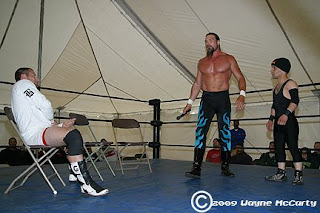 Mitch Paradise presented his new interview segment called Paradises Pit. I think he got the idea for this bit from my 8 Stupid Questions blog and not from Pipers Pit. Paradises guest were Chris Jordan and Chad Strong. 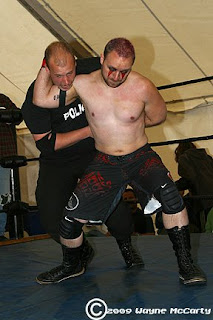 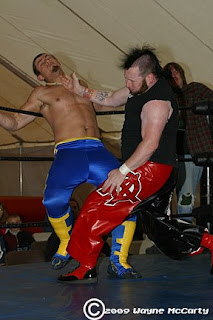 In his MIW debut Arik Cannon defeated Benjamin Sailer. Cannon's feet may or may not have been on the ropes when the 3 count was made. 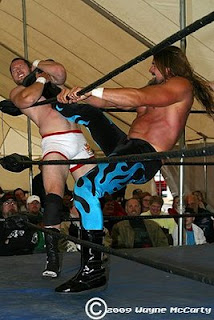 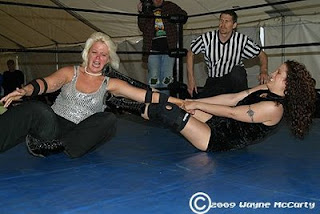 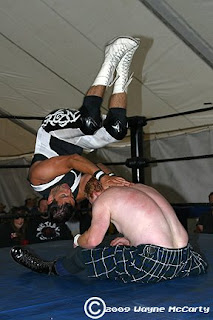