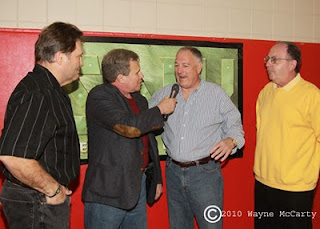 At the May 1st SDW event Mick Karch brought out George Schire to introduce The High Flyers, Jim Brunzell & Greg Gagne to the crowd. Schire, AKA "The Authority", was also there to promote his new book Minnesota's Golden Age of Wrestling. Schire earned that nick name because of the vast knowledge he has of the wrestling scene in Minnesota. I've read this book and highly recommend it to every wrestling fan, especially anyone who grew up watching the AWA. 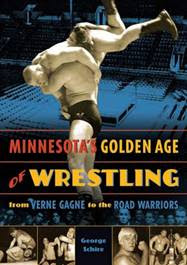