For the first time since October 2007 I made my way down to Des Moines, Iowa for a 3XW card. Int the three years the 3XW roster has not changed much as many of the same guys were since the last time. One thing that has changed is the location for their events. 3XW now runs out of the Des Moines Social Club in down town Des Moines. This card was the second annual King of Des Moines tournament that featured 8 of 3XW's best wrestlers and two title matches. 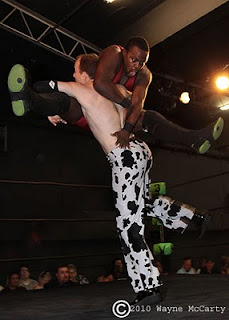 There was a pre show match between Brady A. Dezire and Jon West. West was one of only two on this card that I had never seen before. Dezire won the match with a super kick. 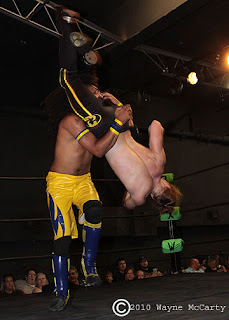 The the first tournament match Zach Thompson defeated Nate Bash. Both men are fan favorties but Thompson was voted most popular 3XW wrestler 2009. 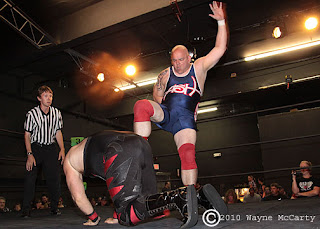 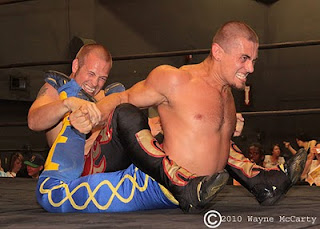 Jeremy Wyatt defeated Benjamin Sailer in another first round match. Wyatt hit Sailer in the jimmy and rolled him up for the three count. 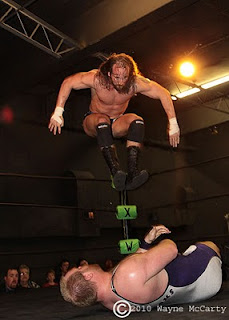 In the final first round match Mark Sterling defeated Devin Carter. Sterling made Carter tap out to his version of the sharp shooter. 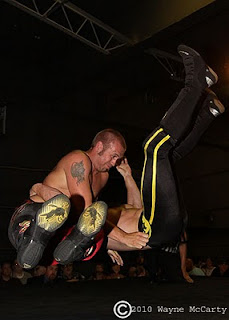 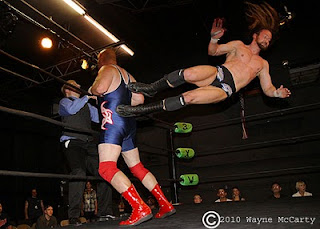 Mark Sterling pinned Brain Ash with Todd Countryman. Ash tried using a foriegn objest that was handed to him by Countryman but Sterling still got the win to advance to the finals. 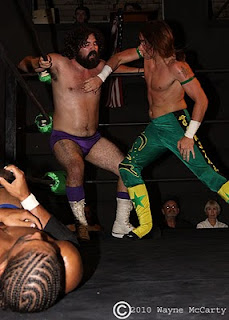 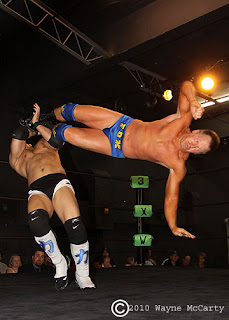 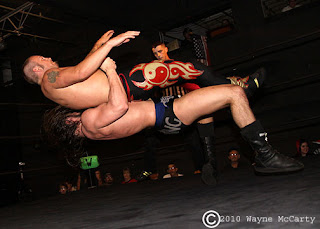 In the King of Des Moines finals Mark Sterling defeated Jeremy Wyatt in a 30 minute plus match. 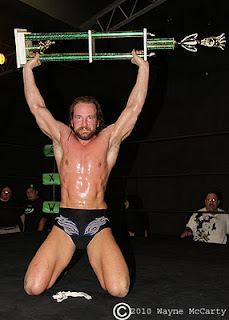 Mark Sterling, 2010 King of Des Moines. He now gets all his extra value meals super sized at any fast food resturant in Des Moines and a really big trophy.
Posted by pro wrestling photog at 12:26 PM