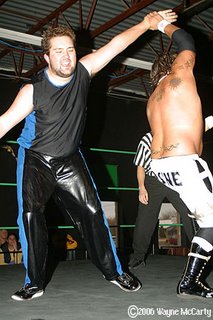 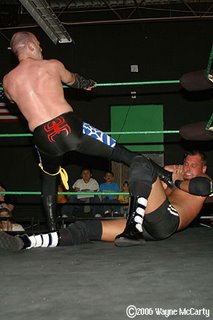 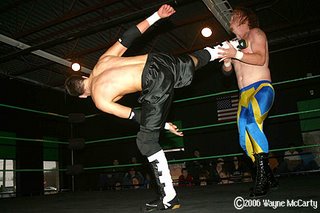 Neo Pro cruiser weight champion Joey Envy beat his former friend Aaron Corbin.
There were two more matches but I was having technical difficulties with my camera. So instead of taking photos I watched Kid Krazy's new DVD. This DVD is awesome! If he had a way to order it on line I would give a link but for now the DVD is only available at shows that Kid Krazy is on.
Posted by pro wrestling photog at 3:33 PM