At the Neo Pro arena on a beautiful Sunday afternoon Neo Pro Wrestling promoted a card that featured the return of TNA and ROH wrestler Austin Aries. 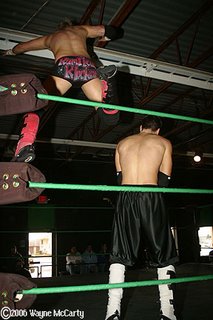 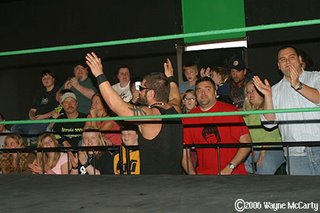 Austin Aries came out to address the fans in Fairbult. I'm guessing that about 90% of the crowd of 86 have never seen Aries live. 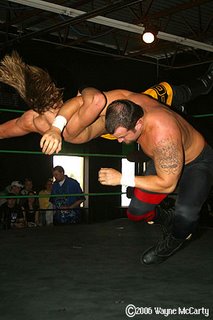 Magnus Maximus beat Kid Krazy. Krazy has been putting on some muscle in the last few months and in turn he has been facing more heavyweights but he still has a ways to go to be as big as Magnus. 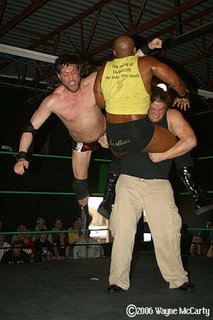 The Black Stallion was suppose to defend his Neo Pro heavyweight title against Tommy Gunn but Gunn was injured from a car crash. Gunn and his tag team partner Big Daddy Hoofer attacked Stallion. John Johnson came out to make the save and that set up the next match of Hoofer Vs Johnson. Hoofer beat Johnson with a little help from Gunn. 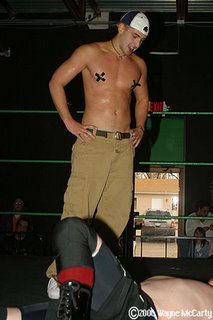 Shimdog Vs Aaron Corbin ended in a DQ for Shimdog when Prettyboooooy Delgado made his return to wrestling and helped Shimdog beat down Corbin. Delgado left the MN indy scene about 2 years ago when he was part of MPW's New Generation with Cody O'Neill and Aaron Corbin. 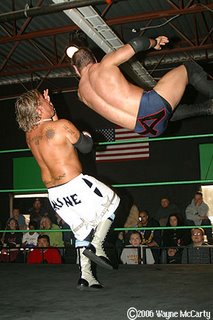 The match was advertised as a 30 minute ironman match but it turned into a regular 1 fall match. Austin Aries beat the crowd favorite Cody O'Neill.