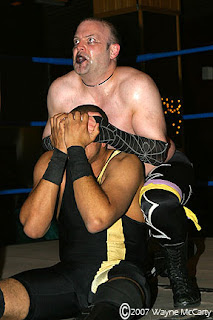 In the opener of the night Tommy 'Spiderbaby' Saturday & Malikite beat Bobbi Mafi & Sean Slade. It's been a while since I've seen old Spiderbaby in the ring. 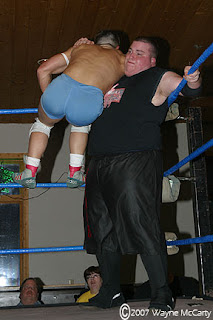 In a battle of brothers Venom w/ Rain beat Rob James. The event opened with a Spiders Web interview segment with the brothers. James brought up somethings from their past such as who got the Sega Geniss for xmas. Great stuff. 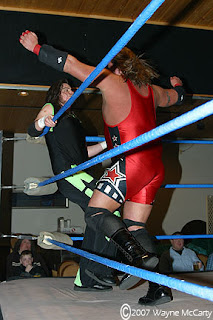 James Thomas beat Kid Krazy and Trent Jones in a three way dance. Kid Krazy hit his world of pain but Thomas took Krazy and tossed him out of the ring and go the pin on Jones. Smart move on the part of Thomas. 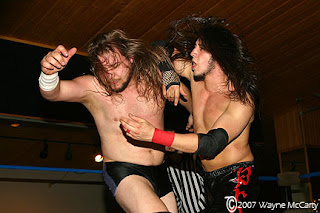 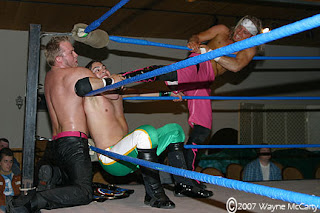 The Junk Squad beat Arik Cannon and the Northstar Express in a wild 6 man tag match.
Posted by pro wrestling photog at 6:47 PM No comments:

From the LCO Casion in Hayward, WI the American Wrestling Federation presented 5 big matches, I photographed 3 of them before I had to leave. 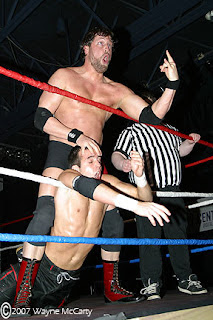 Big Daddy Hoofer beat Joey Envy. Last time at the LCO Casino Envy was the referee in the first match. Looks like he is moving up the AWF ladder. 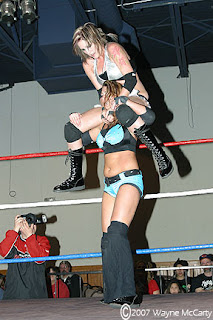 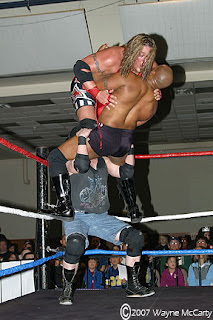 I think JB Trask won a three way dance with James Thomas and The Black Stallion. I'm not sure about that ending though.
Posted by pro wrestling photog at 5:45 PM No comments: 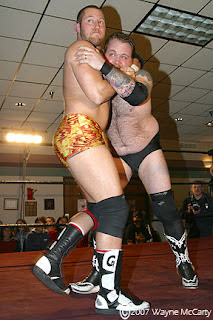 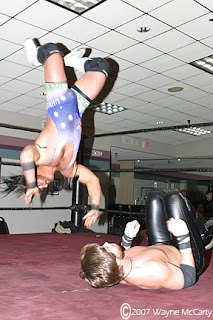 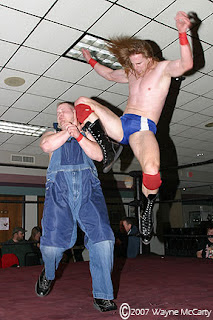 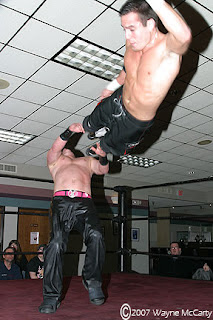 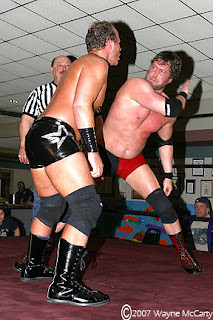 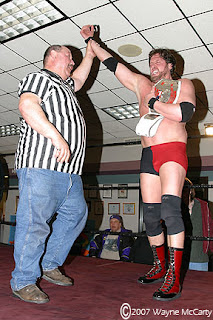 Minnesota Extream Wrestling held a card in the mecca of MN indy wrestling, the Cottage Grove National Guard Armory on the last Friday night of February 2007. Ann Brookstone beat Mystik. This was my first time seeing Mystik as she is very new to the sport. Brookstone has lost a lot of weight as of late. In the main event the X-Dogs beat Dysfunction & Silas Young. The Blue Meanie was advertised for this main event but he was not there.
Posted by pro wrestling photog at 2:27 PM No comments: