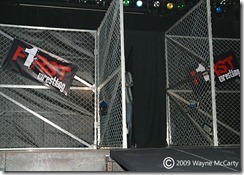 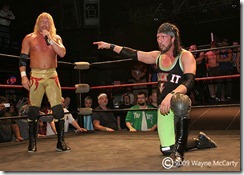 The Return 09 (6/19/09) was a really big event for F1rst Wrestling as it was main evented with a match between home town guys Jerry Lynn and Sean Waltman. 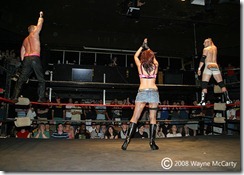 The Return 08 (6/20/08) featured a few returns to F1rst Wrestling. Austin Aries returned to the Minneapolis area as he teamed with Rob James to take on The Northstar Express. The next return was Horace The Psychopath who came out to Arik Cannon’s open challenge. Horace had been gone from F1rst Wrestling since July 2007. The third return of the night was Chris Jordan as he came out as Pete Huge’s partner in a match against Midwest Ground & Air. On F1rst Wrestling’s second card Jordon lost a loser leaves wrestling match to his Junk Squad partner Pete Huge so it was a big surprise to see him come back to reform the Junk Squad. 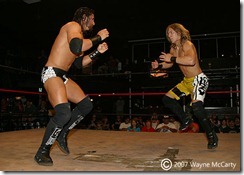 The Return 07 (6/17/07) was the third F1rst Wrestling show and featured the return of Kid Krazy in a match against Tyler Black. Krazy had recently moved to California but returned for one more match in Minnesota. In California Krazy wrestled some for Pro Wrestling Gorilla but now he is mostly retired from wrestling. Black now wrestles for the WWE developmental promotion Florida Championship Wrestling as Seth Rollins.
Posted by pro wrestling photog at 10:20 PM 2 comments: