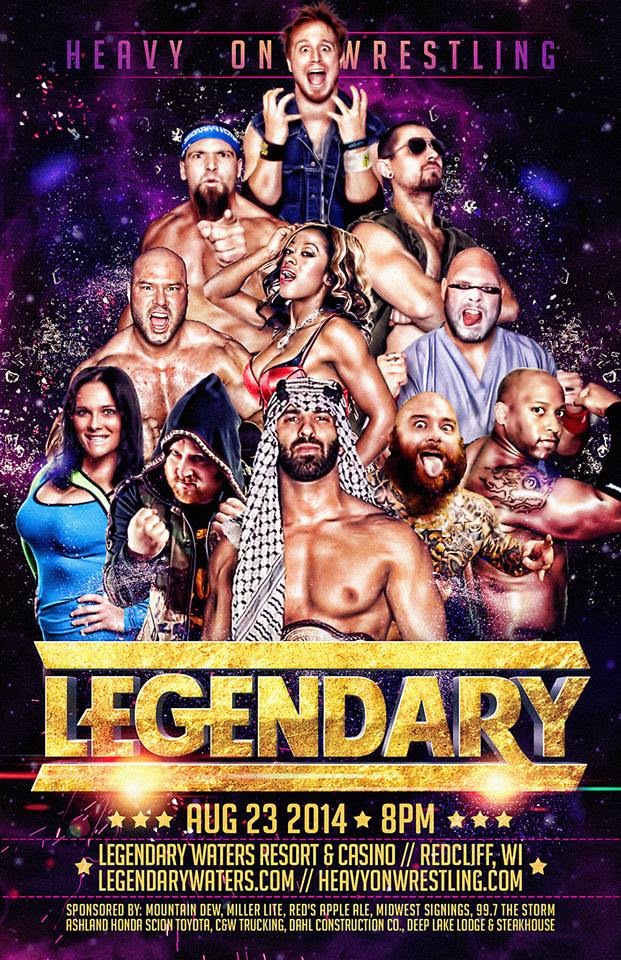 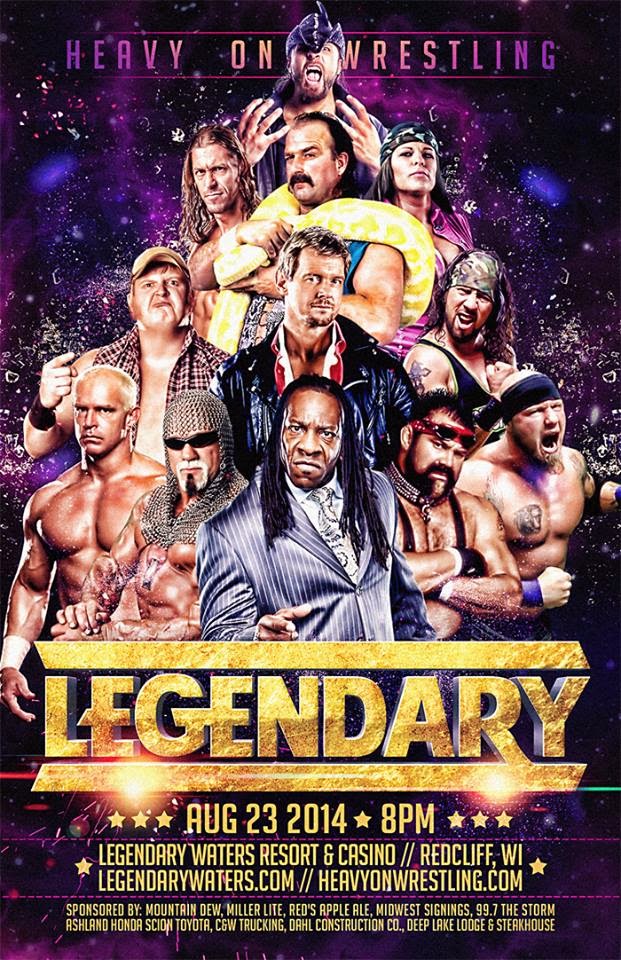 It was a beautiful night in northern Wisconsin for an outdoor event. 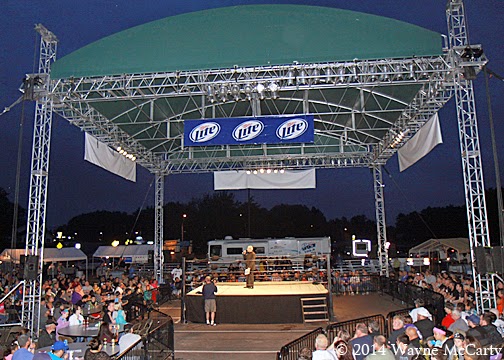 The night started out with guest general manager Booker T coming out to the ring to welcome the HOW Universe. He was joined in the ring by HOW champion Ariya Daivari. 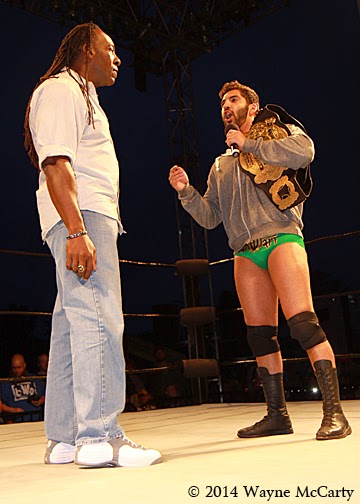 "Miss Natural" Heather Patera pinned Josie (AKA Sojo Bolt) with her feet on the ropes. This was the first time these two have been in the ring together in 10 years. 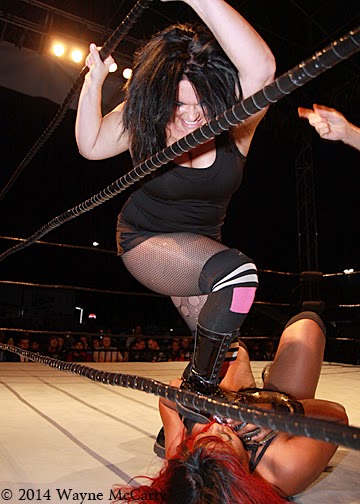 Darin Corbin defeated Scot Summers and Stevie Richards in a 3 way match to become the number 1 contender for the HOW championship. 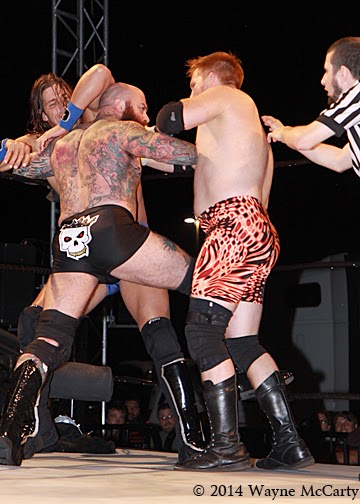 Roddy Piper had Jake "The Snake" Roberts as his guest for Pipers Pit. Mitch Paradise came out to claim that fans love his Paradise's Pit. The interview ended with Roberts giving Paradise the DDT. 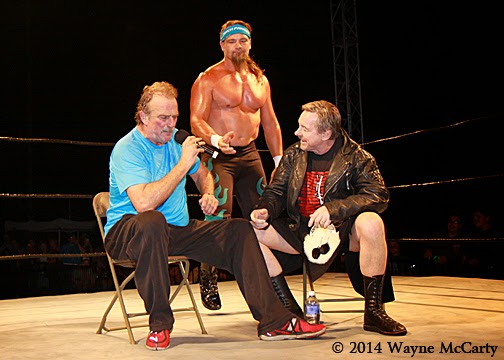 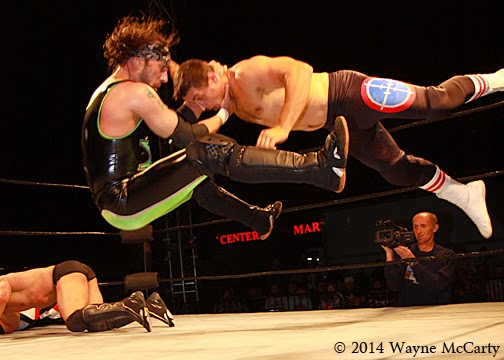 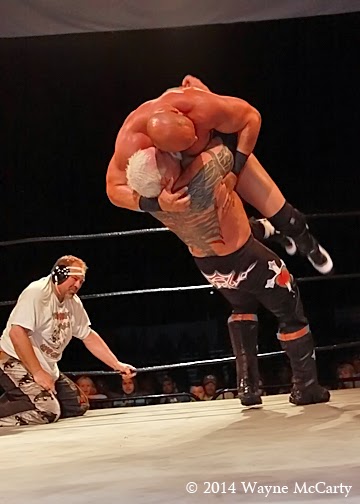 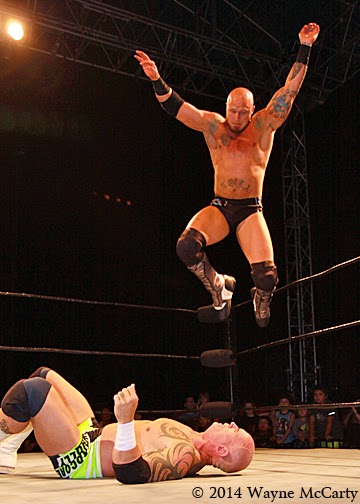 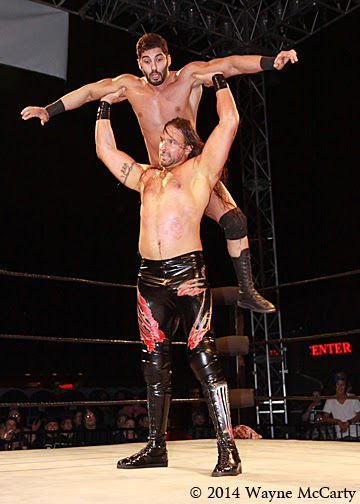 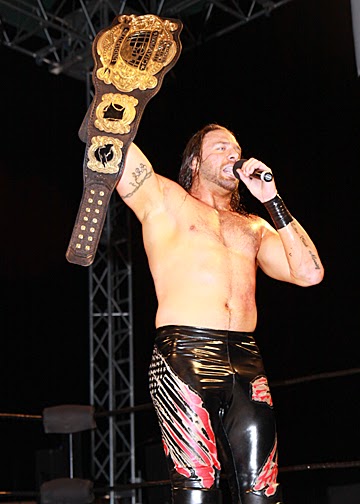 Posted by pro wrestling photog at 9:58 AM No comments: