The third F1RST Wrestling card took place this last Sunday at the historic First Ave night club in downtown Minneapolis. This card was titled 'The Return' and many fans may have thought the return was that of Kid Krazy who had moved to California but the big return was that of a MN vetren wrestler who had been away from the ring for a while. More on that after the first match. 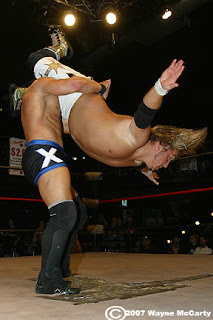 The first match of the night was scheduled to be Cody O'Neill VS '6% body fat' Rob James but James decided to take the night off and he got M-Dogg 20 Matt Cross to take his place. O'Neill was able to get the 3 count on Cross but he was attacked after the match by James and the returning Horace the Psycopath. 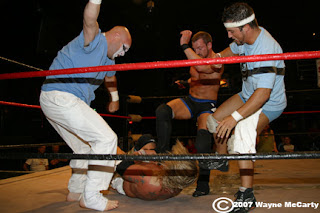 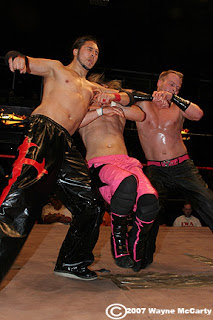 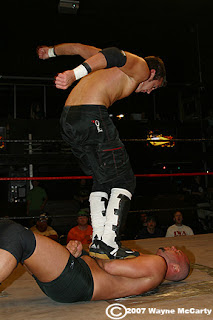 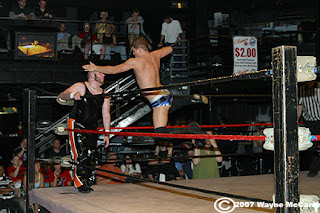 Jaysin Strife beat Arik Cannon. After the match Cannon got on the mic and put Strife over. 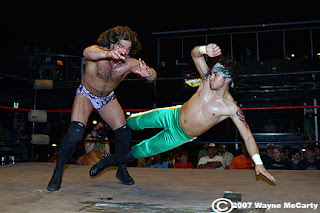 The Northstar Express beat Joey Ryan & Josh Abercrombie, 'That '70's Team' from MTV's Wrestling Society X. This was a fun match as the team of Ryan & Abercrombie made tags by switching off with a buddy band wrist braclet. 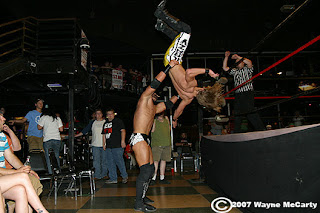 Kid Krazy made his return to MN and defeated Tyler Black.
Posted by pro wrestling photog at 12:25 PM