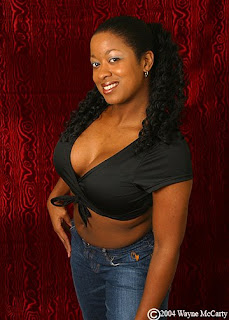 On the August 28th 2008 edtion of TNA Impact former MN wrestler Josie made her Impact debut as she wrestled the Amazing Kong. This was actually her second match with TNA and Kong but that was on a PPV and she used the name Josie Robinson then. With Josie's debut on Impact TNA gave her a new name but it was so hard to remember I couldn't tell you what it is. 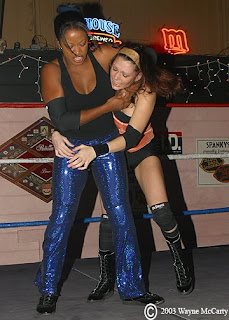 Josie started training with Terry Fox and Eddie Sharkey back in 2002 and begain wrestling in 2003. Here she is in a match against Rain in St. Paul, MN on December 6th, 2003. She wrestled twice that day as this match was in the afternoon and then she wrestled in Annandale, MN against Lacey. 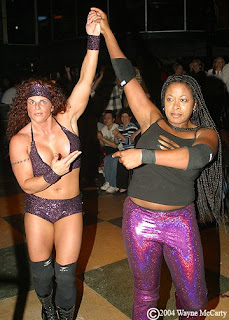 In a match from June 23, 2004 Josie teamed with fellow TNA knockout O.D.B. to defeat Angel Williams and Ms Natural.
Posted by pro wrestling photog at 11:31 AM

I thought that was her, but I got thrown off by the name they gave her. Since they used the name Josie last time, I thought it must be someone else.