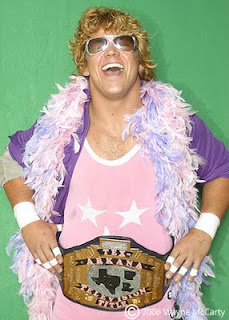 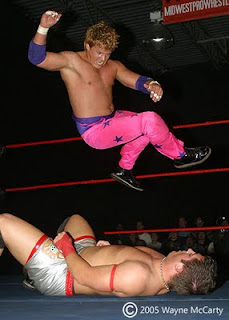 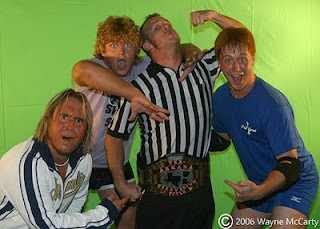 Sweeney retuned to Minnesota in June 2006, this time for Northern Impact Wrestling's Impact Invitational. In the first round of the tournament Sweeney lost his ICW-ICWA Texarkana TV title to Darin Corbin. Corbin then lost the title to Cody O'Neill at intermission as the ICW-ICWA Texarkana TV title is defended under 24/7 rules. O'Neill then lost the belt to referee Bryce Rumsberg seconds later. The title changed hands a few more times that weekend but Sweeney won the belt back before leaving the Midwest. Sweeney was a very entertaining performer.
Posted by pro wrestling photog at 10:02 PM