The American Wrestling Federation had a TV taping at the Hayward Sports Center this past Saturday night. The AWF Saturday Night Slam TV show can be seen on channel 45 in the Minneapolis/St Paul area. 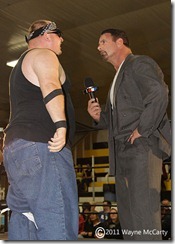 AWF COO Tony DeNucci came out before the matches started to address the fans. He was interrupted by El Muerte who said he wanted a match. DeNucci said he would wrestle El Muerte later in the night. 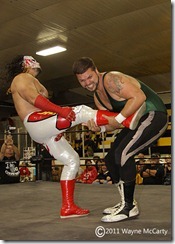 Gunner Clash defeated Apostle 13 after a kick to the jimmy. 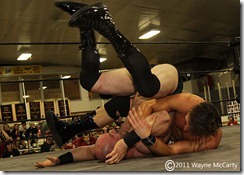 “The All Star” Paul Brewski pinned John Johnson. After the match Johnson attacked Brewski because he is a sore looser. 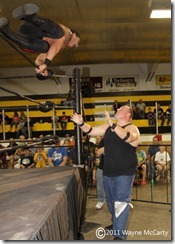 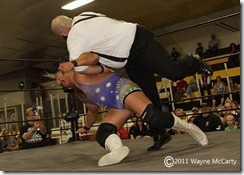 “Live Wire” Johnny Parks pinned Armageddon after a top rope leg drop. This was my first time seeing Armageddon and he is a really big guy. 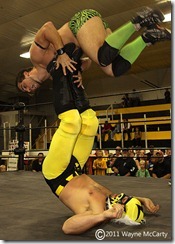 Wild Cat defeated “6% body fat” Rob James after a moon sault. This was my first time seeing Wild Cat in action after hearing a lot about him. 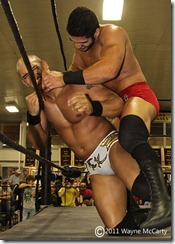 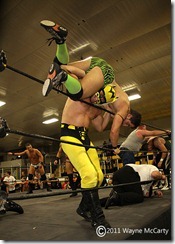 Wild Cat won the Hayward Rumble to become the new number one contender for the AWF championship. All the wrestler from the night were in this match.
Posted by pro wrestling photog at 7:02 PM