After shooting ring side at an afternoon show I went home and ate dinner then headed north for an Minnesota Independent Wrestling event. MIW was at Biffs Sports Bar. A few years ago when they promoted at this same place the matches took place out side in a tent but this year they were inside. Four of the wrestler that were on the afternoon show were also on this show. 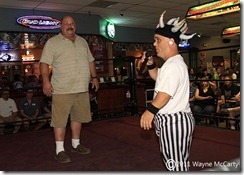 The show started out with MIW owner Terry Fox coming to the ring to tell the fans of the passing of Little Tokyo on September 6th at the age of 70. Fox then brought out Bad Boy Brian to say a few words about Little Tokyo. Then there was a 10 bell salute. 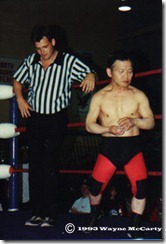 Little Tokyo (seen here from 1993 at a show in Columbia Heights, MN) was part of a match at Wrestlemania III. 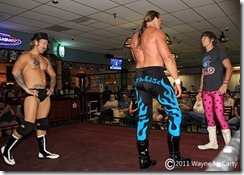 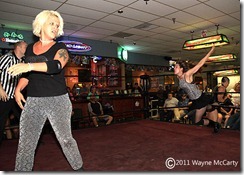 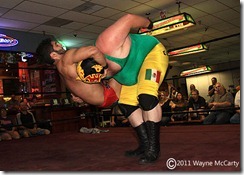 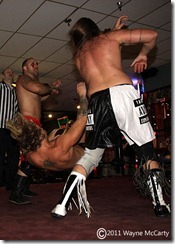 Ugly & Justin Decent defeated Rob Ivy & Mitch Paradise when Decent pinned Paradise. Ugly has been to MIW a few times before but this time he brought his tag team partner with him. 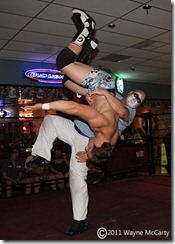 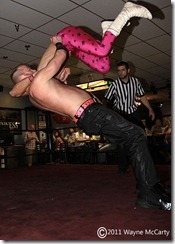 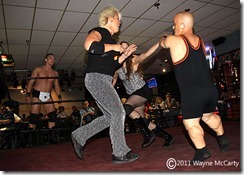 Mystik Sexton & Bad Boy Brian defeated Ann Brookstone & “All Star” Paul Brewski. This match was made by Terry Fox after the ladies match earlier in the card.
Posted by pro wrestling photog at 8:14 PM